Hate To Agree With Santorum, But... 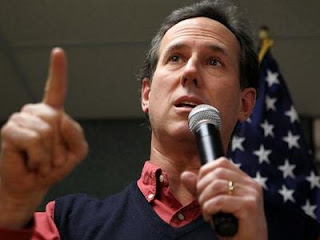 Ouch, hate to be on the same page as Santorum, but I find myself agreeing with him. This week on the campaign trail he said:

I have seven kids. Maybe they will all go to college. But if one of my kids wants to go and be an auto-mechanic, good for him. That's a good paying job: using your hands, using your mind. This is the kind of snobbery that we see from those who think they know how to run our lives. Rise up America, defend your own freedoms. And overthrow these folks who think they know how to orchestrate every aspect of your lives.

I think his "outrage" is feigned, and needlessly over-dramatic.  I also think his argument exists within a larger narrative that is anti-science and anti-public education; but on this quote alone I will agree with him.

There is a mis-perception in America regarding college.  I am an academic.  I love books, reading, and writing.  I am fascinated by a well nuanced lecture.  However, my interests represent a mere slice of the interests and predilections of human beings.

Many of America's schools seem to have a singular mantra - you are an academic, or you just aren't that smart.  All of our efforts and target goals seem to orbit one focal point - push everyone toward academic excellence.

And the non-academics? Well, you can just spend a dozen or so years in the schools feeling inferior.

Or, maybe Santorum has a point.  Maybe someone does not have to be an academic to be smart.  I wrote a blog describing how my father is infinitely more intelligent than me when it comes to constructive and kinesthetic work.  He never went to college, yet he ran a successful carpet business from his home for decades which provided a comfortable suburban life for his family.

In my 21 years of teaching, I have watched as academically inclined children are praised and thought of as "good" or "talented", while students who dream of art, and building, and the outdoors are often seen as anchors; a child who is masterful at art, but scores low on state testing will not be seen as an asset.  We have a one track system that plays to our citizens who will take up jobs in "book-learning" fields, but we have little to offer kids in the classroom who enjoy working on cars.

I have a friend who left college after one year.  He had his fill of classwork in high school. However, he was always a gifted people-person and not one to shy away from a good day's work.  He climbed up the corporate management ladder and easily makes triple what I do.

I have another friend who loved outdoor construction and landscape work.  However, due to parent and societal pressure, he got his degree and entered the office work force.  He now makes good money working a job that is very respectable... that he hates.

I don't blame the schools for their part in this.  They are merely reflecting and executing the corporate, bottom-line, widget making mentality that has been forced on them by the wielders of big money - and a society that has become geared toward consumption rather than creativity.

I agree with you 100% that there are different ways of being intelligent and not all of them are the result of a life spent in academia.

As far as Santorum goes, though, this is just a bunch of conservative, flying off the handle, you are not the boss of me noise. I don't know the direct quote from the president, but I can only imagine that the point of it was that further education is a good thing, and as prosperous as our country is in comparison to other parts of the world, we should be a nation wherein any child who wishes to should have the opportunity to go to college.

I call this tendency among uber-conservatives "adventures in missing the point." If the president or any person with liberal leanings makes a statement, there has to be something wrong with it, it has to be polarizing, it has to signal the end of good morals and the beginning of the end times.

Santorum would have some loud speech to make if the president said, "I like a good burger now and again."

I think Santorum is right at least this once. But I find it ironic that a man who seems to want to put the Government in charge of the nation's bedrooms should speak against "the snobbery of those who think they can run our lives"

Andrew, thanks so much for saying this. I appreciate the fact that (a) there are points on which you and Rick Santorum can agree (just as I might agree, in principal, with Barck Obama)and you are a big enough person to admit that and (b) you give an educator's perspective.

My third and final child just finished his first semester of college. My wife and I have scrimped, saved and sacrificed so they could all go, thus far with no debt. I don't regret it a bit. There are a lot of benefits there other than the academic ones. It's each person's choice (and his/her parents if they are helping).

I have come to the conclusion, however, that it is NOT totally necessary, as demonstrated by Santorum's example of the auto mechanic and your examples of your friend and your dad.

If I had it to over again, and this is another blog post in itself, I would encourage each of my kids to do a "gap" year of high school and/or go to community college, then have a meaningful discussion with me and their mom about college and which one is right for them, if any. Although I do not regret sending them to college, I do regret that we took this track just because it seemed the thing to do and is what 99% of their peers were doing.

Of course President Obama's first name is Barack, not Barck.

I would suggest a gap year AFTER high school graduation.