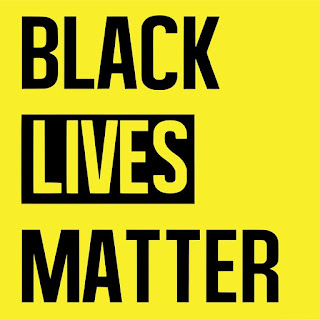 Think you might be harboring some unacknowledged racism? Here are some items that might point in that direction. No one thing, in and of itself, is a sure lock... but if you are stacking up on a number of these, ya might want to do a little reflection. I am sure I am missing a few, so please add.

1. The phrase "Black Lives Matter" sends you into a defensive response.

2. You ignore thousands of black people giving testimony about their experience with discrimination to find that one black person who says there is no such thing as racism.

3. You can't understand why people would think Trump is racist.

4. Since the murder of George Floyd, you have explained to about a dozen people that you aren't racist but...

5. Seeing a Confederate flag gives you a warm feeling of pride.

6. Out of the hundreds of thousands of people peacefully protesting, you are an expert at finding the ones who aren't.

7. Even though the meaning of White Privilege has been explained, you still refute the phrase with tales of how rough things have been for you as a white person and that you worked hard for what you have.

8. You gripe about protests being violent, but you also gripe when they are peaceful. In fact, it just gets under your skin when black people air a grievance.