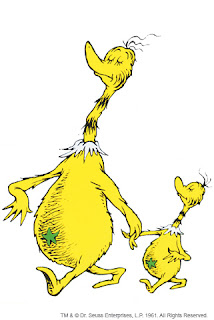 My Early Prediction for 2016


My prediction:  The Republicans are going to circle the wagons for 2016.  The Right politicians fear the frothing, conspiracy driven, AM radio folks who make primaries happen.  So they will trumpet Christian persecution, gun rights, anti-gay, anti-woman, disdain for anyone not rich, platforms.

Then they will get their asses handed to them AGAIN in the next presidential election.

At that point, the moderate majority will separate themselves to their own identity, and a lot of those Republicans who have been visiting with the Left, because they did not want to sit down at the crazy table, will drift back to the group who identify themselves as moderate Republicans.  Those who count Glenn Beck and Rush Limbaugh as news sources, and who think Michelle Bachmann stands for what is right, will have to plow out their own identity, separate from a new, leaner, more focused Republican party.


This video is making the rounds on Facebook.  It is only 5 minutes, but it is a grueling 5 minutes.  Just in case you can't endure, here is (to me) the crux from what John Piper has to say:

"It's right for God to slaughter women and children anytime he pleases. God gives life and he takes life. Everybody who dies, dies because God wills that they die.

God is taking life every day. He will take 50,000 lives today. Life is in God's hand. God decides when your last heartbeat will be, and whether it ends through cancer or a bullet wound. God governs.

So God is God! He rules and governs everything. And everything he does is just and right and good. God owes us nothing."

My brother once said, after reading something of mine that he disagreed with, "I feel like a mosquito at a nudist colony... I don't know where to start."  There are so many things horribly, horribly wrong with Piper's world-view that it is hard to pick where to begin.

First, let's do away with any notions that Piper is at the fringe of Christianity.  John Piper is one of Christianity's most sought after speakers and authors. He is a principal voice in the American Christian faith.  His books are not banned at Christian bookstores, they are front and center.

On to the argument.  John Piper, and anyone who agrees with him, has no objective sense of right and wrong.  His moral code is on shifting sand.  There are no true moral or immoral behaviors, only the actions of his god.  Once those actions have taken place, right is determined.  His followers may, or may not, be correct in imitating his actions.  This god is full of do as I say not as I do, behaviors.  To describe Piper's god as capricious is to partake in the epitome of understatement.

John Piper is an example of some of the worst religious thought that can occur in a secular environment.  I say this, because I would hate to see what would happen under his reign if he had the power like some clerics in Islamic nations.  A closer tie between religion and state increases the influence of men like Piper.  Slaughter in the name of religion does not even cause a blip on this man's moral radar.

I no longer believe in any deities.  But if I did, I would expect the god to be superior to me in morals and character.  Piper believes in a poor deity.  Look at the quote above.  If you are a parent, could you imagine your child describing you in that way?  Piper's god is not a good parent; he is not a good person.  Anyone reading Piper's description of his god knows in their gut that the creature he describes is not good. To believe Piper's god to be good, you need a LOT of religious indoctrination or suffer from a cosmic version of battered spouse syndrome.