The Function of Apologetics 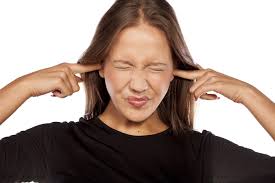 I have few evangelical Christians in my life or on my Facebook page anymore.  However, the other day one of them made a comment regarding Yahweh, Hillary Clinton, and abortion. Hillary was bad because of her pro-choice position.  I commented on his page that, Yahweh does not serve as a good moral contrast, citing Deuteronomy 21 where Yahweh instructs his followers to stone their children if they are stubborn and rebellious.

Another friend interjected that I was taking that verse out of context (no one ever complains about context when the pleasant stuff is quoted). She provided a link to an article that explained why that verse didn't really say what it seemed to say. I responded:

As I read through that article, it does little to alleviate the severity of that scripture. For me, at the end of the day, there is no context where I am going to watch the stoning of a child and walk away with an explanation that would justify it to me.

I suspect that when a Christian reads a similar scripture in the Koran, an apologetic explanation would carry no further for them either. They would read it and find it horrific, regardless of explanations their Muslim friend might offer them.

I live in the heart of Mormondom. My evangelical friends have dozens of critiques of Mormon scriptures and history – and Mormons have an answer for every one of them (e.g. http://en.fairmormon.org/Joseph_Smith/Polygamy). Do those answers work? For the Mormon, yes… but not for the evangelical.

The function of apologetics is not to change the mind of the unbeliever- it is to quiet the mind of the believer. No matter the religious stripe, a believer will readily accept an explanation that holds zero water for someone outside the faith. Why? Because the believer is already 95% convinced. They just need the assurance that somewhere out there, the question has been asked and answered. With that assurance in mind, they can proceed along the path – calm and content.

It was the same for me back when I was a believer. The shift came when I began to apply the same standards of judgment to my own religion as well as to others. If something was unacceptable for another religion, then it had to be unacceptable for mine. No longer would I use one set of rules for my beliefs and a different set for the belief of the other. Goal posts did not get to change location depending on whose side was being defended.

I encourage everyone to use the same measure for your faith that you do for others. If you are giving your faith a pass, give that same pass to other faiths. If you have a criticism of another faith, use that same scale for your own.

Rather than engaging my thoughts on the article, she replied, "You are an apostate so I expect that from you."

Her shared article served its purpose. It did nothing to change the mind of this unbeliever, but it soothed her believing mind and halted any possible questions right there.

Does Anyone Listen To The Radio Anymore?

The morning after the Hillary/Trump debate, I decided to pause my usual podcast/audiobook listening to hear radio commentary on the event. What a miserable time that turned out to be. On my drive in to work, over half that time was spent on commercials. What talk there was, occurred in snippets.
I have become spoiled by podcasts. I am used to listening to hour long conversations, rather than 8 minute segments.
Yesterday, I accidently killed my podcast list within the app and have been slowly rebuilding it over the past 24 hours. Here are my primaries that were added back immediately.
While I am rebuilding my podcast database, what are your suggestions for must-listens?