In the spirit of the season....

I encourage everyone reading this blog to buy, rent, or check out from the library "What Would Jesus Buy?" It is a documentary following the Reverend Billy and the Church of Stop Shopping Choir as they make a trek from New York to Disneyland. Along the way there is singing, preaching, and the exorcisms of shopping demons. Though approached with a humorous air, Reverend Billy gives a serious prophetic call to America.

Of particular note is an interview found in the deleted scenes of the DVD. A woman from China who was arrested for being a Christian and spent 6 years in a work camp is interviewed. I do not want to spoil her final revelation, but it left me stunned.

Go get the DVD and view it with friends. As the Reverend says, "Shop Less and Give More!"

and while we are on the topic of shopping, this is a great video from Advent Conspiracy: 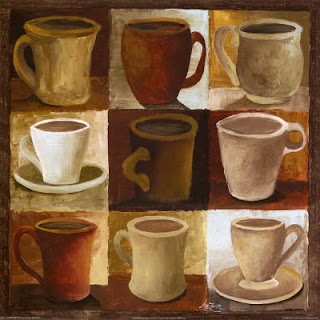 We had a great time of discussion at last night's Salt Lake Emergent Cohort. In fact, I noticed that the tone of our conversation was a good example of what Emergent is all about.

As the conversation drifted into politics, California's proposition 8 (ban on gay marriages) was brought up . Amongst the five of us, all three voting possibilities were represented - yes, no, and abstaining. I think at the end of the evening, each person held to their initial position, but the conversation was free from the pressure to capitulate to a certain view. In that atmosphere, I was able to hear and understand valid opinions that differed from my own. In addition, no one's faith or intelligence was brought into question for holding an opposing opinion, as can so often happen in discussions of this nature. There was freedom to listen in our conversation.

I really think Focus on the Family should consider changing their name. At one time they did probably focus on the family, but they have grown into something else. I think Fear for your Family might be a more accurate ministry description. Every month I get a new letter from them telling me what I should fear this month (and to send them money). Either its gays, or public schools, or secularism, or evolutionists .... or gay secular public schools teaching evolution.

THIS is what we are supposed to be bothered by?! Thanks Focus for continuing to stoke the flames of absurdity in the Christian subculture.

HT to Bruce for the Card. 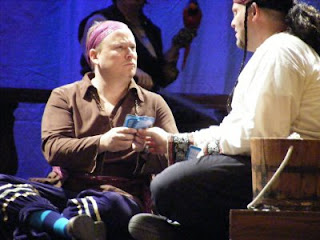 That has been my routine for the past couple of weeks. So blog reading and blog writing has been a little sparse.

Tonight was our last full run rehearsal and tomorrow we open Peter Pan for the South Jordan Community Theatre. I am the pirate Cecco. I sing and dance a lot, have a few lines here and there, and die a horrible death. I was also recruited to fly Peter, Wendy, and Tink at various parts when I am not pirating.

My daughter is the cutest lost boy out there and she gets to do a lot of singing and dancing too. It is funny that I originally got into this to spend time with her, but actually, we did very little together - other than drive to rehearsal. :)

Looking forward to tomorrow night.... this has been a blast!

Where do the Republicans go next? 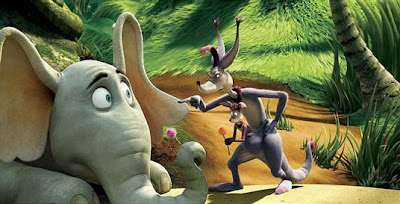 This morning as I headed to work, I was listening to Bob Lonsberry, our morning radio host on KNRS. Bob is conservative through and through, but he was mentioning that he liked a lot of what Barack Obama had to say at his victory speech last night. Lonsberry also said that, though he was a McCain man, Obama is now the President and it will be good for all Americans if he is a successful one.

Contrast that attitude to Sean Hannity, who was stating today that Obama only got elected through deception and would never have been voted in if he told people what he really thought. Mr. Hannity made prediction after prediction of an Obama presidency bringing gloom and doom.

This contrast was also apparent at McCain's gracious concession speech. As he talked about wishing Obama well and declaring his support, there were boos from the audience. Patiently, McCain tried to redirect some of his supporters to the bigger picture.

This contrast, I believe, is why the Republicans are losing and will continue to lose in the near future. There is a large faction of the Republican party that puts everything in black or white, us vs. them, with us or against us rhetoric. They are not interested in dialoging with their opponents because the opponent, by definition, brings nothing worthwhile to the table. Opponents are the enemy.

I have talked to a number of lifelong Republicans who cast their first vote for a Democrat yesterday. They feel their party has been shanghaied by the ignorant and the abrasive. I agree with them. I believe there are many intelligent, reasonable people in the Republican party, but they are not the ones being heard. The face of the Republican party is becoming the loudmouthed, education dismissive, media paranoid, rumor perpetuating simpleton who shouts down whomever does not capitulate to his or her view. This camp includes the end-time focused religious fanatics, who are trying to work out biblically why Obama may be the anti-Christ.

Reasonable Republicans are losing the ability to anchor anywhere ... and therefore find themselves just looking at who is the most genuine and able candidate, rather than being loyal to a party. 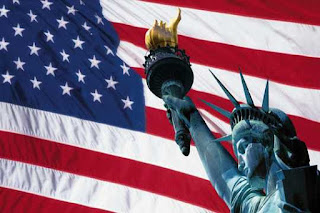 For all of you American readers out there, I wish you a happy election day! It will be a tight one this evening and who knows which way the wind may blow.

In any case, tomorrow we will have a new president elect. Regardless of who wins, we will have a peaceful and civil transfer of power come January. This makes me proud of our country! May both candidates and their families have a wonderful evening ... come what may.

God Doesn't Love You That Way! 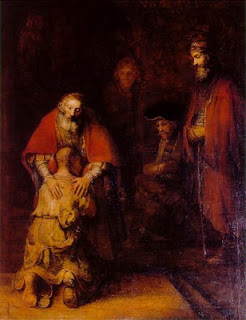 This is how the famous preacher Jonathon Edwards (1703-1758) would describe God's feelings towards you:

"The God that holds you over the pit of hell, much as one holds a spider, or some loathsome insect over the fire, abhors you, and is dreadfully provoked: his wrath towards you burns like fire; he looks upon you as worthy of nothing else, but to be cast into the fire; he is of purer eyes than to bear to have you in his sight; you are ten thousand times more abominable in his eyes, than the most hateful venomous serpent is in ours."

Lest you think that was simply how it was preached in the 18th century, here is a quote from a very popular present-day pastor and author. He seems to echo Edwards' view:

"You have been told that God is a loving, gracious, merciful, kind, compassionate, wonderful, and good sky fairy who runs a day care in the sky and has a bucket of suckers for everyone because we’re all good people. That is a lie… God looks down and says ‘I hate you, you are my enemy, and I will crush you,’ and we say that is deserved, right and just, and then God says ‘Because of Jesus I will love you and forgive you.’ This is a miracle."

I believe this kind of preaching feeds on itself and spreads like a virus. It produces a natural insecurity into everyone who listens to it and preaches it. It makes the preacher and the listener believe that God's default relational mode with humanity is one of distaste and disappointment.

The quote above reminded me of a certain wedding. The mother did not care for her son's selection in a bride. She tried in many ways, subtle and not so subtle, to break the couple up before they got married. Her behavior and her words caused enormous hurt.

Finally the wedding day arrived. The inevitable was happening, so the mother put the best face on that she could. At the end of the ceremony, the bride was radiant. Her happiness to be married to the man of her dreams filled the sanctuary. As is customary, the happy couple went to hug each set of parents.

The mother-in-law was a very religious woman. To her, the thought of divorce was anathema. So when she hugged the bride, she let her know that from now on she was going to support them as a couple.

It is no surprise that the bride was crestfallen at those words. She knew that the mother-in-law did not truly accept her... it was under duress. Because the mother could not tolerate divorce, she would support the marriage.

I believe this is the message that is preached by the men above and others in their circle. God does not love you... he at best tolerates you. Because of Jesus, the Father will grudgingly accept you. If God's love is as these preachers describe, then He is no different than the rest of us and may even be worse.

I think that people who are "converted" to Christianity under such preaching end up not too dissimilar from battered spouses. They will proclaim their love, and maybe even have some happy times, but they are always on the edge of a flinch or a shudder. They are never totally secure in where they stand.

But here, I believe, is the GOOD NEWS! God doesn't love you that way!

Unlike everyone else on this planet, GOD loves you without condition. His very nature reaches out to you in kindness, compassion, and mercy. It is that kindness that leads us to repentance, heals our wounds, and purifies our hearts. There is NO end to his patience and his mercy knows NO bounds. God does not love us because of Jesus.

God gave us Jesus because he loves us!

Matthew 12:20
A bruised reed he will not break, and a smoldering wick he will not snuff out, till he leads justice to victory.

Replay of Obama in Berlin

If you are still wavering between presidential candidates, take a look at Obama's speech in Germany. This is a man who can speak to the World.

For those who have not seen it yet.... 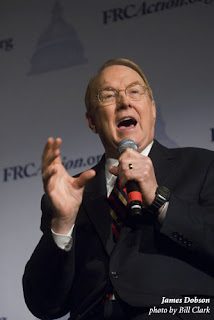 With every new stunt that James Dobson pulls, my wife reminds me, "Yes, but he does so many good things for children and marriages." I can't accept that trade off anymore.


I find it hard to hold my tongue. Most critical speech just pleasures the speaker, but does little to affect the opinions of others. When does one speak? That is the question.

So let me just say this: James Dobson - Your "Letter from 2012 in Obama's America", in my opinion, is filth. I would spend more blog space on this, but Jim Wallis put my thoughts much better and more calmly in his response.

I wonder if, when 2012 comes and your letter is proved by history to be a slanderous, fear invoking, godless diatribe ... will you then repent and apologize??

I won't hold my breath in hope.... but we'll see you in four years.