I Say NO To More School! - Parent Perspective

Recently, President Obama took up the cause of extending the school year and the school day. A recent AP report said:

"Obama says American kids spend too little time in school, putting them at a disadvantage with other students around the globe.

"Now, I know longer school days and school years are not wildly popular ideas," the president said earlier this year. "Not with Malia and Sasha, not in my family, and probably not in yours. But the challenges of a new century demand more time in the classroom."

The president, who has a sixth-grader and a third-grader, wants schools to add time to classes, to stay open late and to let kids in on weekends so they have a safe place to go."

I am a parent of two children, ages 11 and 8. I am also a public school teacher. I have many academic thoughts on this, but in this post today I want to speak as a parent.

I do not want my children spending ONE more second in school. Seven hours a day for 180 days is more than enough.

My children are involved in many things outside of the classroom that I deem just as important as that which is occurring within the classroom. Martial arts, theater, dance, music, and time with family and friends is sacrosanct. I will not offer any of it in trade for more time in the classroom.

I firmly believe that most of our kids are over saturated with peer socialization; much of which happens at school. Our children simply do not have enough time with adult mentorship; and as important as I think classroom teachers are, they are not mentoring 30 children. The students are mentoring each other; and it is most often a case of the blind leading the blind.

One of the greatest indicators of future stability for a child is that they have 3 or more non-custodial adults who are investing into their lives. My children have many adults who are serving as mentors, and for this I am eternally grateful. More classroom hours would undercut the precious time they have with their scout leaders, theater directors, music instructors, senseis, dance teachers, and family friends. I am not willing to sacrifice this time.

I also do not want to cut into the time that my wife and I get with our son and daughter. Children in America already spend a fraction of the time with their parents that children did a generation ago. Extending school hours would exacerbate an already troubling trend.

When my children were home-schooled, they received more education in half the time. Extending the quantity of time in school is not the solution that I want to pursue.

The Story of Stuff 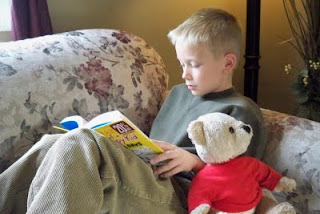 Yesterday, the family took a surprise run up to Barnes & Noble to pick up the newly released fourth installment of Diary of a Wimpy Kid . My son, Jacob, loves this series (the book was a birthday present from his Aunt and Uncle).

When we got into the store, Jake went straight to the Wimpy Kid display, grabbed a copy, and sat beneath the pyramid of books and began to read. He read the book non-stop until bedtime and was up before me this morning reading it downstairs. In less than 24 hours, he had finished reading the book.

This brings me no small amount of joy as a father. To see my children love their books fills my soul.

Sitting around bookstores and coffee shops with friends holds some of my fondest memories. My good friend Brook, who has been with me on many of those occasions, also shares my love of books; and articulates that love much better. Seeing Jacob happily position himself on the floor there at B&N, not wanting to wait another moment; I knew that Jake and I were connecting on a level that will last a lifetime.

My other little reader and I were envious of Jake's joy, and went off to search for some printed goodness of our own. Mary Lee helped Kathryn find The Lightning Thief, and I drifted over to the religion section to treat myself to a little Marcus Borg.

All is well in the Hackman household.

I was reading an editorial column entitled "Politics as Religion" by an LA Times writer in the Tribune today. In it, the columnist contends that modern politics, in many circles, has become a religion. He reasons it this way:

"For centuries, American democracy as a process of conflict resolution has been based on give-and-take; negotiation; compromise; the acceptance of the fact that the majority rules, with respect for minority rights; and, above all, on an agreement to abide by the results of a majority vote. It takes compromise, even defeat, in stride because it is a fluid system.... But religious fundamentalism rests on immutable truths that cannot be negotiated, compromised or changed....

He goes on to say:

"The fundamentalist political fanatics will always be more zealous than mainstream conservatives or liberals. They will always be louder, more adamant, more aggrieved, more threatening, more willing to do anything to win. Losing is inconceivable. For them, every battle is a crusade -- or a jihad -- a matter of good and evil. "

This reminded me of a video I saw where a man went and interviewed people who were protesting at the 9/12 event in Washington. People there had very strong opinions. What caught my attention was that, very often, it seemed that the weaker the knowledge an individual had on the subject, the more vehement they were in their stance. As the author of the article said, their opinions almost seemed to have more of a religious bent than a political one.

Not that I am against people having strong opinions. However, I do wonder where we are headed politically when there seems to be little relationship between our knowledge of a topic and the tenacity with which we will hold an opinion.

I hold fairly strong opinions on the educational system and on aspects of the Christian religion... but I also have a fairly deep level of knowledge and experience. When it comes to things like the present health care argument, I hold my thoughts a little more open-handed. I tend to be a proponent of universal health coverage... but I try to keep my opinions to a personal level and reasoning. The matter is too nuanced and complex for me to be very emphatic with my opinions.

In this video, you will see people who are passionate to the point of anger, disgust, and frustration. Yet, it takes only the simplest question or bit information to upend their view and leave them stumbling. These are cases of fundamentalist-like belief on a political topic. They are 100 % certain... on a topic of which they have little, to no, experience or education. 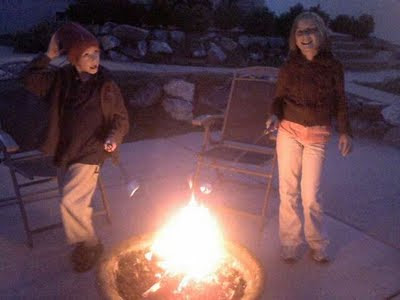 While my wife was away at work tonight, the kids and I sat around the fire pit out back roasting marshmallows. Once the marshmallows were gone, Jake headed in to watch a movie. Kathryn and I sat and talked.

"Oh it is starting to feel like Halloween," I said. "I need to start watching some spooky movies!"

"What on earth for?" Kathryn replied.

"To get in the spirit of the season," I countered.

"Well, I don't like gory movies either," I corrected. " I just like spooky. Besides, you've never even seen one."

"Yes I have, I came down one night and saw part of Heroes that you were watching. That was like rated R scary!" she said.

"To me it is!" Kathryn admitted.

"Which is why you are not allowed to watch it or other similar things," I said.

"One of the boys in my sixth grade class says he saw a rated X movie," Kathryn announced.

"Really? and what else did he say?" I inquired cautiously.

"Nothing, I think he was lying. I mean if I thought Heroes was rated R, then real rated R would give me nightmares for years. Rated X? How could anyone really want to watch something THAT scary!?"