David Hayward posted the following cartoon this morning on Facebook. Though a believer, he always does an excellent job of holding up a mirror to critique his community's beliefs and practices.

Of all the beliefs that I have abandoned since leaving the faith, Hell is the most absurd. Has there ever been a doctrine that is believed by so many that makes so little sense on so many levels? The only way anyone could believe such a batshit crazy idea is through indoctrination.

* Hell is for Wimps is the title of a CD by the Christian band, The Newsboys - who I was VERY into at one time. Their lyrics were highly reflective of this cartoon - but they were not trying to be ironic or sarcastic. 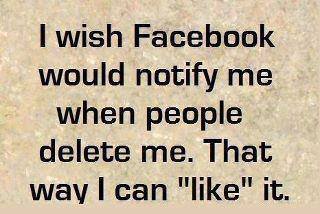 I was defriended on Facebook a couple more times in the past week.  You might think that with having  600+ friends, it would be hard to figure out who it was.  However, my short list of usual suspects are my conservative evangelical friends, and 99% of the time I am right.  It is not uncommon for a Christian Evangelical to defriend me within 24 hours of the friending.

Even before I declared my Atheism last year, the Christian Evangelicals were giving me the boot.  Simple things like the Christian me questioning the inerrancy of scripture,  or eternal punishment, were enough to hit the eject button.  Professional clergy were the primary ones giving me the heave-ho even before I left the faith.

The declaration of Atheism brought a huge drop off; I lost an easy tithe.  People who had been friends with me my whole life found this move to be too much.

I still have a lot of religious friends on Facebook, in fact, I would have to say the majority of them are religious.  I find it interesting that through all of these years of theological and philosophical shiftings, my Mormon friends have been the most solid.  This is curious, because in many respects I think they are similar to Evangelicals ... but on this issue they are extreme opposites.

Do you get defriended much?  If so, who are your primaries and what are the issues? 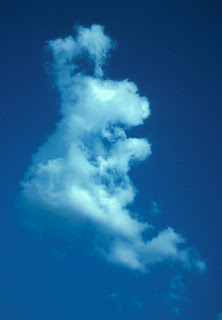 This morning on Facebook, someone shared an article from the Huffington Post which addressed Christian communities that believe children are practicing witchcraft. The examples were extreme, but it made me think of the evangelical circles in which I travelled, where people CONSTANTLY referenced sickness, calamity, and death as being the result of evil spirits. People feared granting these spirits a "foothold" through music, tv, movies, alcohol... almost anything you can imagine was a potential doorway for giving an evil spirit power in your life circumstance.

I know that not all Christian churches speak this way, but in my previous church community and the church communities I grew up in, someone might mention that they were under attack by Satan as casually as they might comment on the flavor of their morning coffee. I contend that this superstitious view of reality is bad, bad, bad for the psyche.

I have been out of the church for 2 years and an Atheist for about a year. The amount of good and bad in my life is occurring in exactly the same proportions as before. Seeing evil spirits (or divine favor) in your circumstances is no different than imagining a cloud formation looks like Scooby-Doo. 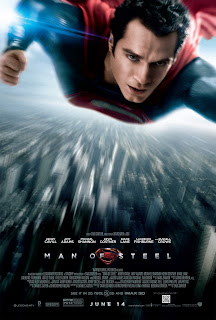 Have you seen the previews?  Then you have seen roughly half the dialogue used in the movie.  It would be interesting to compare the Reeves script and the Man of Steel script in terms of word count.  I would assume the present script is a fraction of Superman: The Movie.  Back in 1978... if you were going to fill 10 minutes of movie time, you had to write clever banter for Gene Hackman to deliver.  Now you can have 5 buildings crash in on each other....

... and that is the majority of time spent on the Man of Steel.  How can we make things crash...

It had its moments.  The actors all did their part admirably.  I just wish they were given more to say.

Selling You What is Yours Already

My friend Kevin shared with me a great podcast from Mormonexpression. In it, there is a round table discussion about how religion takes what is yours, repackages it, and sells it back to you with their brand name now stamped on it.

I saw an example of this recently. My son is part of a Boy Scout troop that is run by our Mormon Ward (as are most troops here in Utah). We were doing an overnight camping trip that was going to allow the boys to complete a number of badge requirements. One of the tasks was to learn compass navigation. Since none of the dads from the Ward had this skill, the scoutmaster had enlisted the help of his neighbor, who was proficient with a compass. This neighbor was going to be joining us later. The scoutmaster let us know, "He's not an active member (of the LDS Church).... but he is a good guy!"

Notice the underlying message. The default position of a church member is that they are good - generous with their time and willing to help. Someone outside the church might be these things as well... but it is stated more as an exception to the rule. I heard that kind of talk all the time as I was growing up in evangelical circles.

When someone hears that I am an Atheist, the first question they typically address is morality. They imagine that a lack of belief in their god must create a moral vacuum. This demonstrates how successful their religion has been in taking their morals, repackaging them, and selling them back. The simple, human desire to be courteous, kind, and just has been hijacked and declared to be only within the purview of the particular religion. I have been told no less than a dozen times, "Yes, you are an Atheist, but you still cling to Christian values!"

It reminds me of an episode of the Simpsons. Homer and his family are moving, so they have a yard sale.  Homer is trying to sell the lawn mower to Ned Flanders when Ned mentions that the mower, and half of the lawn equipment in the yard sale, was originally borrowed from him. Homer is confused as to what point Ned is trying to make.

Religion pulls in all the good humans do, and claims it for itself. The religious person is trained in passing along the credit. A doctor heals, but the deity is thanked. A stranger assists you, but it is a blessing from above. In the Christian circles I grew up in, it was common to hear someone utter something like, "There is nothing good in me except what Jesus brings".

The reality is, most people are good, friendly, courteous, trustworthy, etc. No religion brings these things about. Yet most religious sects have trained their adherents to assume all this goodness flows from, and is peculiar to, their religion.

However, when one removes the religious lenses, it is easy to see that good people exist in all religions, tribes, nations, and political persuasions. No one needs a particular religion to be morally upright.

In fact, one doesn't need religion at all.

It is really an excellent podcast and I encourage you to give it a listen.  Though the analogies tend to be LDS, the ideas carry over to religion in general. 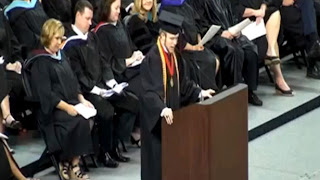 Over the past few days, Facebook has had many repostings of various opinions concerning Roy Costner's graduation speech.  He was the young man who, after submitting his speech to the coordinators, chose instead to tear it up while on stage and pray to the god of his evangelicalism.

Of course, depending on one's Facebook following, such postings had varied reactions. At the pages of evangelicals there was a lot of fist-pumping and high-fives. Sticking it to the non-Christians in the crowd was almost as much fun as their Chick-fil-A run last year.

Over at the more liberal and hipster Christian sites, there was a lot of hand-wringing and facepalming. Once again, the more reasonable voices in the religion were going to have to clean up after the defecating neanderthals of the family.

One thing that became clear to me through this event is that, to many Christians, no does not mean no. There is no polite refusal accepted... there is no angry refusal heeded... they are going to foist themselves upon you, regardless of your resistance.

Christians hold the arrogant position that they have something you need... whether you know it or not. Therefore, like Roy Costner, they will lie, cheat, and inappropriately take over a public event while claiming the side of love, truth, and holiness.

Christopher Hitchens observed that it is really impossible, given their worldview, to do otherwise:


"there is a real and serious difference between me and my religious friends, and the real and serious friends are sufficiently honest to admit it. I would be quite content to go to their children's bar mitzvahs, to marvel at their Gothic cathedrals, to "respect" their belief that the Koran was dictated, though exclusively in Arabic, to an illiterate merchant, or to interest myself in Wicca and Hindu and Jain consolations. And as it happens, I will continue to do this without insisting on the polite reciprocal condition—which is that they in turn leave me alone. But this, religion is ultimately incapable of doing."

And about this one of my Christian friends said, "Thank God!"