Star Trek: Generations is generally regarded as one of Star Trek's weaker offerings.  There was a planet wide geek sigh of relief with its next sibling, First Contact.

However, Generations has grown on me over the years.  Malcolm McDowell plays an excellent antagonist.... and if you pay attention, he delivers some excellent lines.


Picard: What you're about to do, Soran, is no different from when the Borg destroyed your world. They killed millions too. Including your wife, your children.

Dr. Soran: [smiles, sighs] Nice try. You know there was a time that I wouldn't hurt a fly. Then the Borg came, and they showed me that if there is one constant in this whole universe, it's death. Afterwards, I began to realize that it didn't really matter. We're all going to die sometime. It's just a question of how and when. You will too, Captain. Aren't you beginning to feel time gaining on you?  It's like a predator; it's stalking you. Oh, you can try and outrun it with doctors, medicines, new technologies. But in the end, time is going to hunt you down... and make the kill.

Picard: It's our mortality that defines us, Soran. It's part of the truth of our existence.
Dr. Soran: What if I told you I found a new truth?

Dr. Soran: Time has no meaning there. The predator has no teeth.

Dr. Soran is a wounded man and he views life with a wounded eye. In his view, time and death are an enemy.

Picard faces a similar wound in this movie with the loss of his nephew and the realization that this is the end of his family line. He struggles for a short time with a depressed outlook, but then comes to a realization contrary to Soran.


Someone once told me that time was a predator that stalked us all our lives. But I rather believe than time is a companion who goes with us on the journey, and reminds us to cherish every moment because they'll never come again.

I have a friend whom I only see every few years contact me recently.  We haven't had a chance to talk much about my de-conversion from Faith, and he wanted to know how I was doing. His tone was one of concern. My attempts to tell him that I have not been happier in my life were met with skepticism. Since he believes that without God life has no meaning, he struggles to understand how I could be happy.

I realize that, under religion, I had a view of life very similar to Soran's. I felt the "World" was out to get me. I saw most of the pleasures of this life as problematic in some way.  I presented an outward show of joy... but I was always plagued by guilt and fear.  I believed the scripture when it said, "Anyone who chooses to be a friend of the world becomes an enemy of God."  This life meant nothing, it was only eternity that mattered.

However, since leaving the Faith, my view has shifted.  I no longer view the world as an enemy. My time in this life is no longer a test and a trial put to me by some deity. It is, as Picard said, a journey- where our moments are to be cherished.

What my friend cannot understand is the freedom that comes from creating your own meaning and walking your own path.  It was nice to be taken care of as a child and it suited me for a time, but I much prefer life as an adult.

I used to hate Kirk's dying words in Generations. I thought, given the history of the character, he deserved more. Perhaps, but I see some wisdom in it now. I hope on my dying day, I am in a room full of loved ones and I am able to contentedly say: 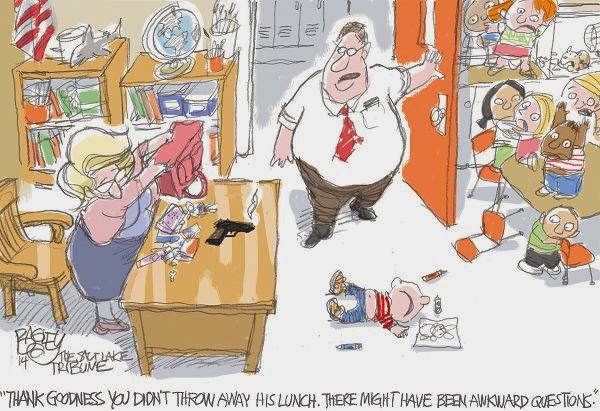 I live in the Salt Lake County. I used to live in Macomb County, Michigan. In my 36 years there, I can not think of an instance where anything there made national news.

However, here in Salt Lake County, every few months something a few minutes from my home seems to be plastered all over CNN. Sometimes good, more often bad, and occasionally just plain moronic.

This week was a particular facepalm for me because it involved a teacher. In fact, it is disturbing how many stories come out about Utah teachers behaving badly.  My theory on why Utah gets the high distribution of dimwitted teachers is this: Utah has THE lowest per pupil spending in America. We are even lower than the territory of Puerto Rico. In addition, we also have a legislature that is completely hostile to teachers. So combine low pay with often less than quality working conditions... and the pool of applicants gets thin.  We have some amazing teachers, I work with some of the best, but Utah also scrapes the bottom of the barrel to fill classrooms. As such, you would be hard pressed to find in other states the kind of bizarre behavior you occasionally find here in Utah.

Utah is a Right-Wing reactionary state.  Back when the Sandy Hook situation went down, our legislature decided that teachers should be allowed to carry concealed weapons in school. So with 3 hours of instruction, and a couple hundred dollars spent at Walmart, a teacher could now have their six shooter join them in class time with the kiddies.

Why three hours of class time is simply not sufficient should be apparent... but again, we are a Right-Wing state and ideology often trumps reality. Let me step into another context to demonstrate. I am presently helping my 16 year old daughter learn to drive. I had forgotten that driving is actually a very complex venture. Watching my daughter try to multitask all of the varied inputs brings a fresh perspective. As a new driver, she over-reacts and under-reacts. She needs me there to help her multi-task, interpret the inputs, tell her when to turn, slow down, speed up, etc. If I were to let her drive now without guidance, she would most likely be in a fender-bender or worse within the week. She is wicked clever and sharp as a tack - she does not lack intelligence or capability. She just needs supervised experience in these early stages.

Think of that in reference to guns. I bet if I talked to a cop or a person in the armed services, they would describe to me the myriad of hours spent on becoming proficient with a gun. Training upon training. Compare that to three hours of community classwork, afterwhich you get to carry a concealed weapon. Like the new driver, someone new with a gun is going to be a hazard to everyone around them. Why do we think allowing such a person to carry a gun in school is a good idea?

I am sure our CCW teacher, who made national news this week, carried her gun with good intentions. Pumped up with NRA slogans like, "The only thing that stops a bad person with a gun is a good person with a gun!" she probably day-dreamed of saving all of her students from the bad guy.

Instead, she blew apart a toilet when going to the bathroom, and was sent to the hospital with porcelain fragments. What happened to her was pure math... and as a school teacher she should have known this. It was always statistically much more likely that she would shoot herself, a child, or some other bystander than take out a bad guy.

There is a great scene in the movie Glory where Matthew Broderick's character is commanding the first black soldiers in the Civil War. The men and their Sergeant are commending themselves at what good shots they are with their guns. Broderick demonstrates that being a good shot has nothing to do with combat. He pulls aside one of the men and tells him to reload his weapon. As the soldier attempts to re-load, Broderick screams at him to load and fire faster, while firing a pistol repeatedly near the soldier's ear. The man's hands shake so violently, he can no longer hold his weapon. (Scoot ahead to one minute thirty three seconds).

It is political childishness and conceit that allows Utah to think that anyone without police or military training should be allowed to carry a gun in our schools. 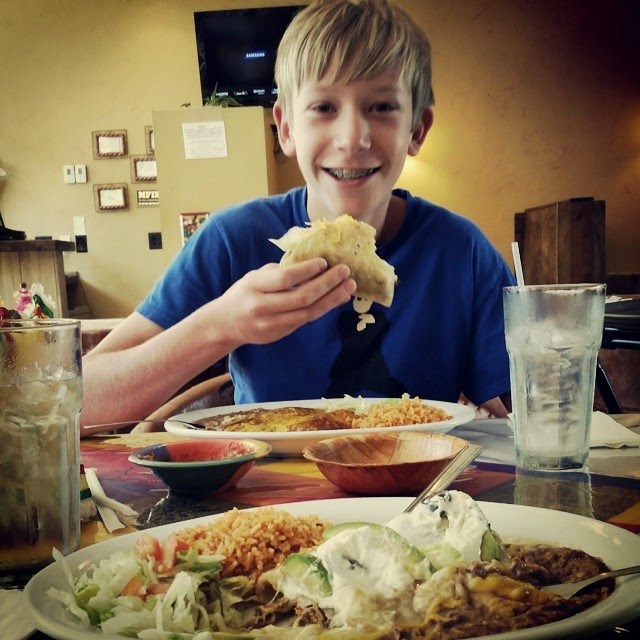 Today, my son turns 13.  He has looked 13 for a number of months now. Within this past year he has made the shift from boy to what I have termed "Man-Boy". Jacob has surpassed his sister in height and is equal with his mother. I am sure that within the next year or so, he will be the tallest of us all.

A Costco has opened just down the road from us, and its timing is perfect.  Jake is an avid runner and swimmer, burning more calories in a day than I do in a week. His ability to pack away food is reaching bulk buying proportions.

I remember the day he was born. Kathryn was taken by C-section, but Jake was coming out El Natural. The delivery room was packed. Mary Lee was a beloved NICU nurse at the hospital and the whole floor was a buzz about Jake's arrival. The assistants to the the doctor delivering were doctors themselves and plenty of the nurses were finding reasons to be in the room as well... there was hardly any space for me. Rarely has there been a child who had so many medical staff present to assure a safe delivery. 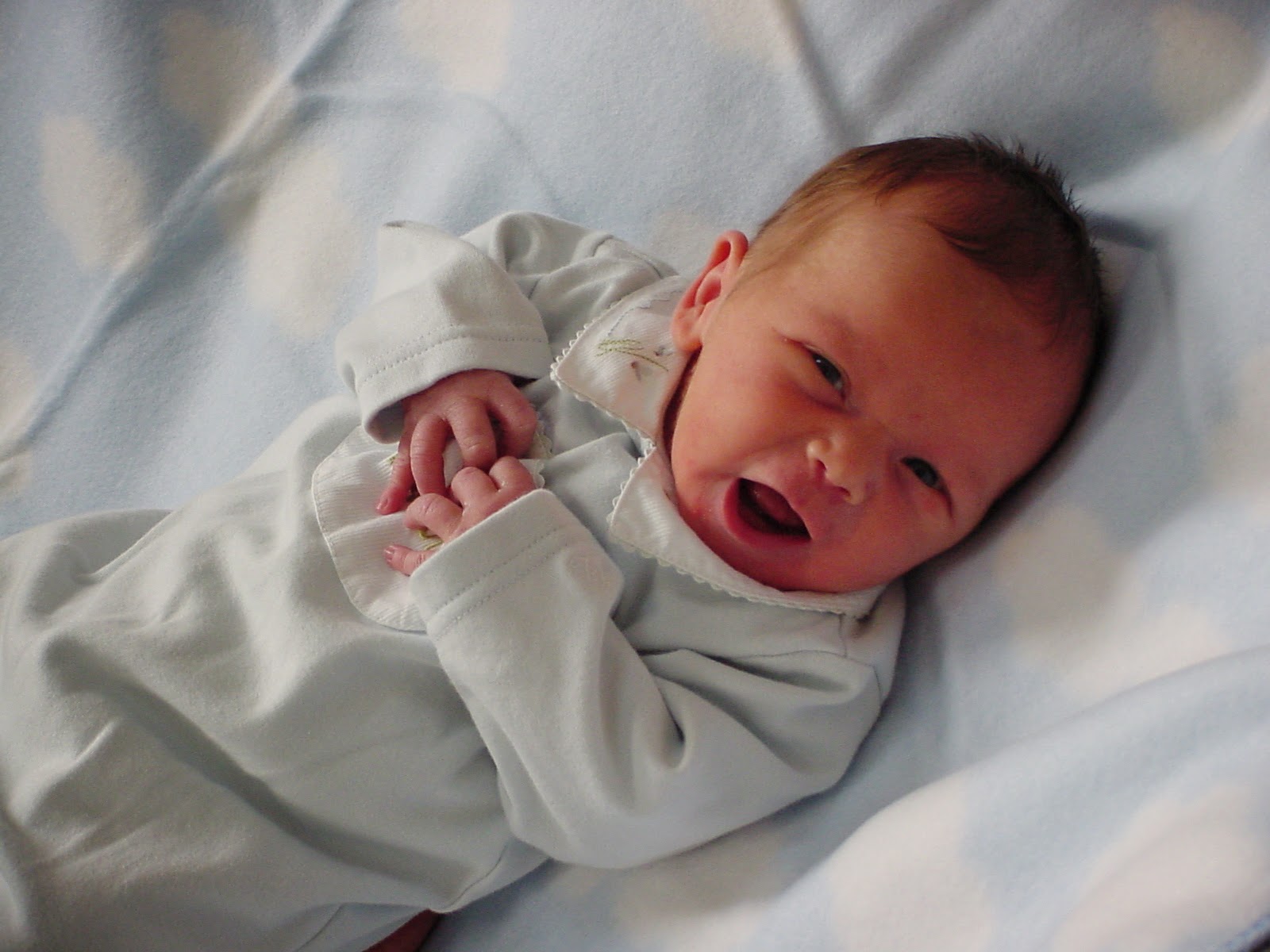 Unlike the rest of our family, Jake is pure Utah. We moved across the country when he was only two.

Cute as a bug, and being a polite toddler made him well loved in our circles. Jake has always liked structure and routine, and he pays attention when an instruction is given. When the Sunday school teacher told the kids to sing loud during this song, he did.  He pretty much drowned out the other 30 kids. Two little girls behind him tried to get him to lower the volume ... but Jake was having none of that. His director had given him instructions and he followed them for the rest of the song.  :)


Jake is the jack of all trades.  He is an academic who enjoys reading, science, and math.  He also enjoys his share of sports, primarily running and swimming.  His down time is spent on video games. 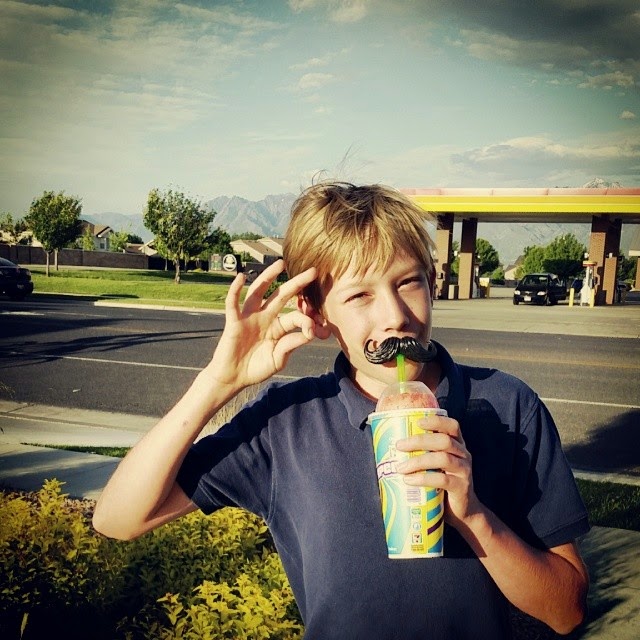 Jake has been in a number of shows.  This year he starts theater class at ELA, so it will be fun to see him working on stage again.

I am sure there is no surprise when a father says he takes pride in his son... but, not only does that seem cliche for me to say in reference to Jacob, it woefully understates what I feel in regards to him.

Awe might sound like hyperbole... but it is more accurate. I often sit back in wonder.... how does a kid his age behave so responsibly? Carry himself so well? Be so empathetic of others? He seems to have acquired character and life skills prior to his teen years that I have just started getting the hang of in my 40s. :)

So here is to my son Jake - Happy Birthday! I look forward to the decisions you will make and the life you will create in the years to come. I know it's going to be incredible! 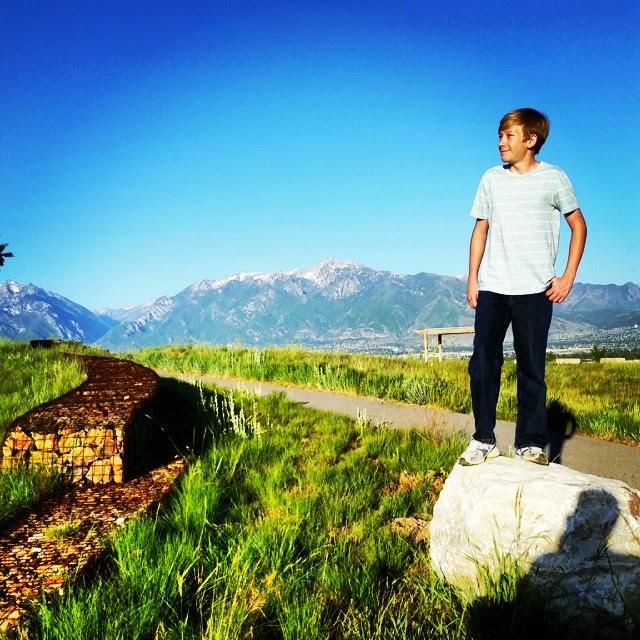