So we have a week to go.  I did not vote Republican (voted early) and here is why in a nutshell.  For Republicans:
No, the Democrats aren't perfect; but I find the present incarnation of the GOP playing to its lowest, most knuckle-dragging level.  There are some great republican voices out there, but they are drowned out by the rage-driven conspiracy machine (financed by the 1%) that pulls the strings of the GOP.

Billy Graham's move is just one of many examples where political expediency overrides previous religious truth. Prior to his endorsement, Graham's people had to go and scrub from his website the various condemnations he had made of Mormonism. Here is one of the more glaring:

What is a cult?

A cult is any group which teaches doctrines or beliefs that deviate from the biblical message of the Christian faith. It is very important that we recognize cults and avoid any involvement with them. Cults often teach some Christian truth mixed with error, which may be difficult to detect.

There are some features common to most cults:

• They do not adhere solely to the sixty-six books of the Bible as the inspired Word of God. They add their "special revelations" to the Bible and view them as equally authoritative.

• They do not accept that our relationship to Jesus Christ is a reality "by grace through faith" alone, but promote instead a salvation by works.

• They do not give Jesus Christ, the divine Son of God, full recognition as the second Person of the Trinity, composed of God the Father, God the Son, and God the Holy Spirit.

Some of these groups are Jehovah's Witnesses, Mormons, the Unification Church, Unitarians, Spiritists, Scientologists, and others.

Now, to be clear, I believe Billy Graham's views on "cults" are wrong.  I think it is just one of many glaring demonstrations as to how conservative Christians are wrong about life in general.  I think voting for Romney is a bad idea, but not because of his Mormonism.

This is an example of the two-faced conservative Christian. Billy Graham's 180 is only occurring because the Christian Right has need of a Mormon at the moment.... if Mitt were not the candidate, Graham's website would not have been altered. The Christian Right is playing nice with Mormons because they have need of them. However, the moment they don't, the Mormon status as a dangerous cult to be avoided will be re-instated.

Just another reason to hold the Christian Right in contempt.

"You’re not [one of them], even if you’d like to be.  To them you’re just a freak… They need you right now, but when they don’t... they’ll cast you out ...like a leper.   See their morals, their codes … it’s a bad joke dropped at the first sign of trouble."  ~ Heath Ledger's Joker 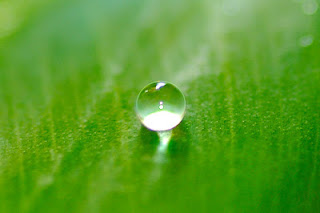 "What are you then?" she continued.

In an instant, my mind spun through 30+ years of religious experiences along with the many nuances of my religious thoughts presently.  There was no way to communicate succinctly what I am.  So the most basic response I could think of poured out.

She did a double take in shock.

I think I did too.

Voting For A Mormon?

I see a lot of evangelicals and conservative Christians who are struggling with the GOP candidate, Mitt Romney. Although he shares many of their values, they can't get past his being a Mormon.

I don't plan to vote for Mr. Romney, but let me put your mind to rest on the Mormon issue. I live in Salt Lake City. I know tons of Mormons and they are wonderful people. Really! You would have a tough time finding a people group that so consistently make for such fine neighbors, friends, and co-workers. Again, I do not plan to vote for Mr. Romney, but if his Mormonism is what keeps you from voting for him, I think that is a tragedy.

At the end of the day, I fully expect that Mr. Romney will fight equally for the interests of the 1%, regardless of what religion they subscribe to....  ;)