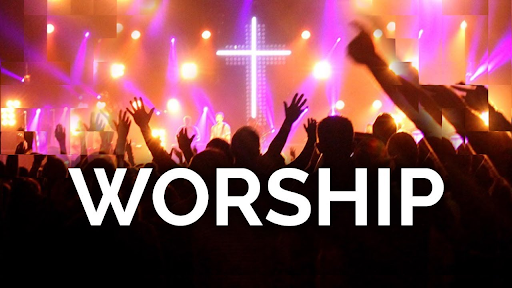 This was a bit of a conversation I had with a believer on a thread where the writer was claiming that Atheists "worship" things like science.

Andrew Hackman
No... this is projection. Having been a believer, I know what that experience looks and feels like. I do not worship. There is something though, in many of those who worship, that needs to universalize that experience. They need to say, "Everyone worships". However, it simply isn't true.
Angela
Andrew Hackman how do you define worship?
Andrew Hackman
NOUN the feeling or expression of reverence and adoration for a deity. "the worship of God" VERB show reverence and adoration for (a deity); honor with religious rites.
I think the dictionary definition sums it up. Now, what usually happens at this point is the meaning of worship gets watered down in an attempt to pull unbelievers into the definition. Having affection, admiration, or interest in something starts to get defined as worship.
Angela
Thanks, interesting. Wikipedia definition with some of the history of the word below. As a former atheist, I view worship as whatever we deem worthy of our time, attention, adoration, money, and resources. Not all worship is bad, for believers “it” shouldn’t be worshipped more/higher than God. I do sincerely believe for example, modern sports obsession “for some” is a form of worship. From decals to literal idol statues, blankets, hours of focus, clothes, people will spend their time money and focus to a point of obsession... almost like we are hardwired that way. Or to stand in awe at a concert and be obsessed with a singer. Jesus taught “where your treasure is, there your heart is also.” It’s a matter of the heart, and deeply personal for all of us. “The word is derived from the Old English weorþscipe, meaning to venerate "worship, honor shown to an object, which has been etymologised as "worthiness or worth-ship"—to give, at its simplest, worth to something.” -Wiki

This definition doesn’t say anything about a deity, just putting value on something deemed “worthy”

Andrew Hackman
But again... you are watering down the word worship. You are stating that what you think and feel about Jesus is what I think and feel about Disc Golf. Is that really the digression you and folks like Keller want to make? I don't think it is. I think your elevation of the word worship is much higher in usual circumstances... but for some reason, it bothers you that unbelievers don't "worship" anything... so during an argument, you broaden the definition of the word. Lots of believers I know do this linguistic sleight of hand. I think believers need to do a little introspection into what drives them to do this.

In other words, why can't believers just say, "We worship a deity, unbelievers don't" and just leave it at that? You could even make the case of why an unbeliever SHOULD worship your deity. But what drives the need to tell someone they DO worship, when they have told you that they don't?
Rosemary
Worship is in the context of what the post is ...is to me ...when it comes to saying yes to God. Above all others.  Obedience. Love him with all your heart mind soul.
Andrew Hackman
Yes... worship is beyond love, it has that obedience, singular, totality... it is not as trivial as, "Oh, she is really excited about that new novel!"