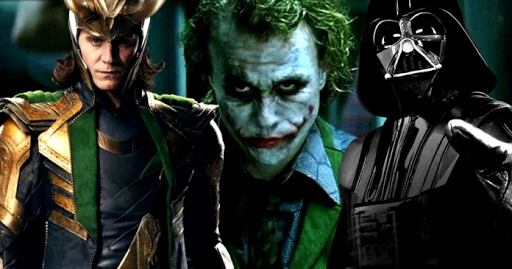 As was Aquaman, Suicide Squad, Justice League, etc.  That seems to be the best I have to offer the DC movies since their universe started.  The movies aren't bad... but I do not have that drive to get back in line and buy another ticket because I HAVE to see it again!

It is not a DC problem.  Nolan didn't have it.  I have watched his Batman trilogy numerous times.

Maybe it is because the DCEU has the Yang but no Yin.

When I look back on the Nolan movies, he pretty much nails the bad guy.  Neeson's Ras and Ledger's Joker were epic.  Even the weaker Bane redefined the character and his voice/cadence became iconic.

On the Yang side, the DCEU has been impeccable (minus Shazam). Affleck, Gadot, Cavill, and Momoa couldn't have been better casting choices.  Their heroes are solid.

But the villains?  So far they have been forgettable, awkward, or just silly.

Where is the Loki or Vader of the DCEU?