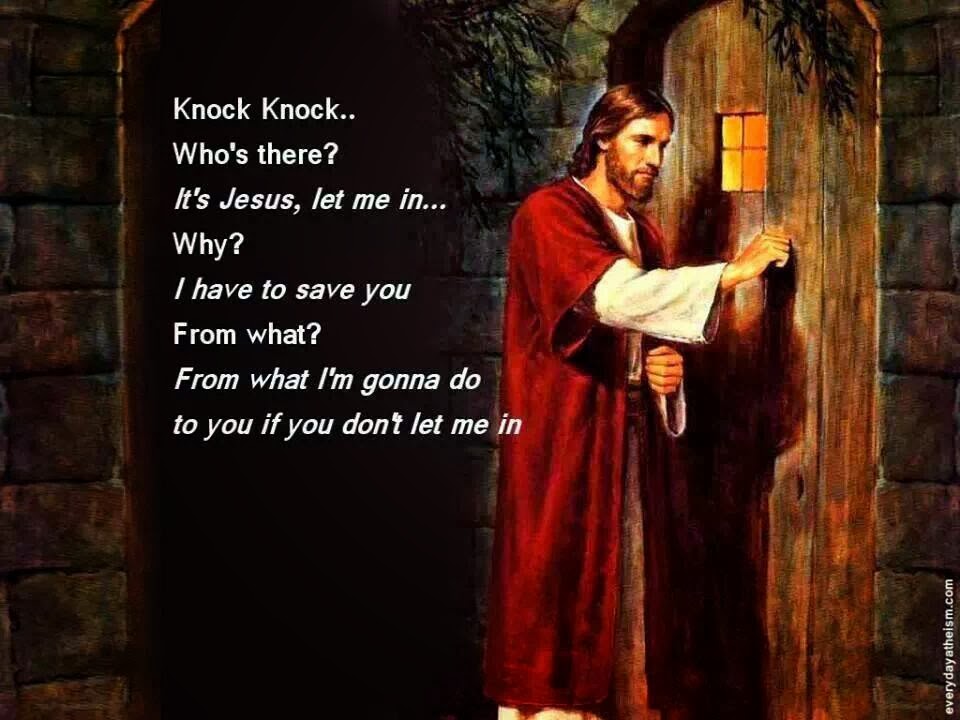 If your religion has Hell for anyone not in your faith, then this Jesus meme is really what your religion boils down to. You may dress it up or cover it over. You may use words like love, acceptance, redemption, and forgiveness, but they are all rendered inert in the end. You may have exciting services with great music and coffee, excellent facilities, and engaging outreach. Your religion may be attractive in many, many ways.

But at the heart of your faith is a wicked and twisted core.... and it will come out in all the ways you do not want it to... and you will resent people for noticing.

Apologetics: (from Greek ἀπολογία, "speaking in defense") is the discipline of defending a position (often religious) through the systematic use of information.

What none of the definitions I saw on the Web clarify is that apologetic work is concerned with defending a conclusion that has already been arrived at. It is, at its foundation, the antithesis of the scientific method. While apologetics wants to defend the conclusion by any means necessary, the scientific method aggressively attempts to poke holes in the proposed theory.

Apologetic work goes relatively unchallenged within one's own religion. The only way to see its deformity is by observing it in another. I live in the heart of Mormon country. When I was an Evangelical, I would often hear my friends snicker at Mormon apologetic attempts to defend the veracity of the Book of Mormon.

Of course, what my Evangelical friends could not see was how quickly and wholeheartedly they accepted the weak structure of Evangelical apologetics. Again, one only tends to see the absurdity of apologetics from the outside.

My wife recently got a view of how quietly apologetic work had influenced her throughout her life. Part of apologetics is knowing when to avoid a topic. Though raised in Christianity, my wife had never dealt with what the bible had to say about slavery. After researching it a bit, she declared on Facebook:


I wish Jesus would have taken the opportunity to address slavery. His apostles certainly did. Imagine the radical shift in society if Jesus would have sided with "mercy and compassion" toward those who were owned (abused) by another.

Christians quickly swooped in to do the apologetic dance. The conclusion is that Jesus is divine, good, and perfect... so defenses are offered to support that.

Of course, those apologetic moves only convince the convinced. Their defenses work for Christians in the same way Mormon apologetics work for Mormons - the explanations only satisfy the already converted. To the outsider they are weak and often absurd. On the contrary, to one in the religion, the conclusion is already sure... so almost ANY explanation will do.

For my wife, the answers did not satisfy. She is no longer convinced of the conclusion. Apologetics only works as long as the dancing partner is willing to follow the apologist's lead.

For me, it is clear why Jesus had nothing to say on the issue of slavery. He was ahead of his time... but not that far ahead. Slavery was embedded in the cultures of biblical ages. It was in no way viewed as inherently wrong. So neither he, nor any of the bible authors, conceived it as being immoral.

On the contrary, the bible is supportive of slavery. It tells you how to do it, when to do it, and whom to do it to. It does not in any way, shape, or form reference slavery as an immoral practice. For example:


Slaves, obey your earthly masters with deep respect and fear. Serve them sincerely as you would serve Christ.  (Ephesians 6:5)

However, you may purchase male or female slaves from among the foreigners who live among you. You may also purchase the children of such resident foreigners, including those who have been born in your land. You may treat them as your property, passing them on to your children as a permanent inheritance. You may treat your slaves like this, but the people of Israel, your relatives, must never be treated this way. (Leviticus 25:44-46)

When a man strikes his male or female slave with a rod so hard that the slave dies under his hand, he shall be punished. If, however, the slave survives for a day or two, he is not to be punished, since the slave is his own property. (Exodus 21:20-21)

The apologist will attempt to dance around verses like these with talk of context, and bond-servants, and culture (but mostly they will work at directing the conversation elsewhere). The Christian listening will nod, satisfied, and go back to reading John 3:16.

I often wonder how apologists would need to dance if other sins were substituted for slavery in these verses:


If a spouse is caught in adultery, he or she shall be punished. But if the affair is not caught after a day or two the affair shall not be punished, since the adulterer was very clever. 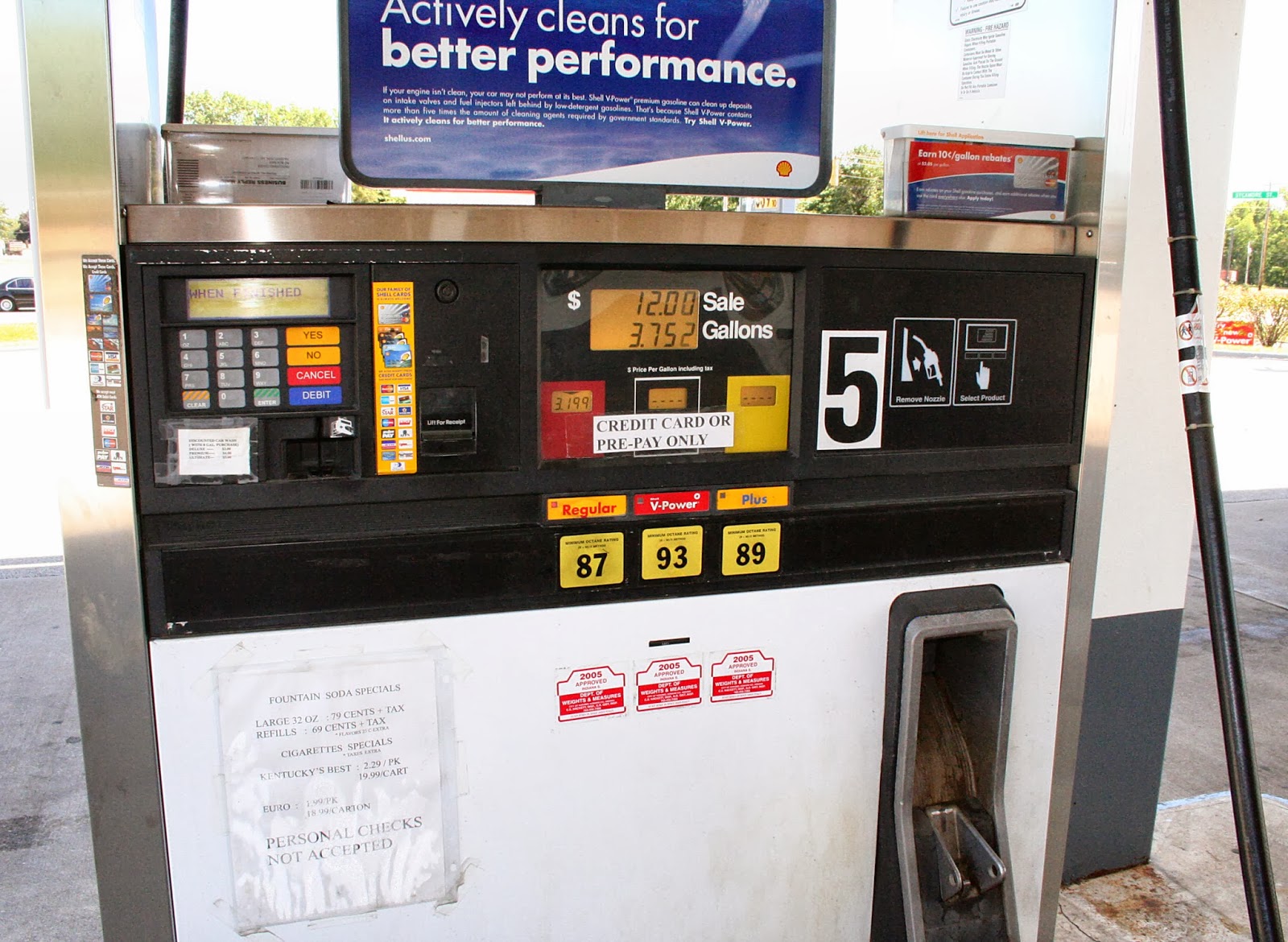 Is this a debit card?

Do you want a car wash?

Do you want a receipt?


Its Christ's birthday its an important day. If it was his daughters birthday would he forget it and play golf? Just a sign of respect from my prospective. Just food for thought this is how I was raised to have a reverence and respect of God and his son ,Jesus. Don't mean to offend some of you ,but I was raised to honor the Lords birth so this is offensive to me.

In their annoyance that others are not showing preference toward their spiritual predilections, they often seek to assuage this irritation by going to the courts and using legislation to make everyone else submit to their religious laws and customs.  We are seeing this presently as my home state of Utah is desperately working the courts in order to enforce religious dictums on its populace.

I would gladly leave religion alone... if it would leave me alone.  However, as Christopher Hitchens observed, this is probably too much to hope for.


"there is a real and serious difference between me and my religious friends, and the real and serious friends are sufficiently honest to admit it. I would be quite content to go to their children's bar mitzvahs, to marvel at their Gothic cathedrals... And as it happens, I will continue to do this without insisting on the polite reciprocal condition - which is that they in turn leave me alone. But this, religion is ultimately incapable of doing."  ~Hitchens