Do you want freedom of religion? Then keep religion out of our governmental system.

I am secular, but I would protect your religious freedoms more than most religious people you know.

See, I don't care if you beseech Thor or Yahweh. Whether you follow the teachings of Joseph Smith or the Dalai Lama is all the same to me.

The only thing I ask is that you do not make me join you in this.

You would have trouble getting some of your fellow theists to grant you such liberties.

They want the schools to pray their way. Read their scriptures.

They want laws to reflect their pious predilections.

They want taxes to fund their projects, their evangelistic efforts.

If you really want religious freedom, keep our system secular.

Why Empathy Will Not Work 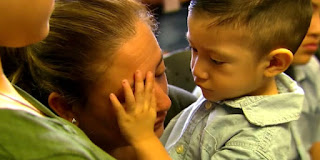 A good number of people were surprised at the lack of feeling many Americans seemed to have regarding ripping children from their mother’s arms at the border.  Some felt this maneuver by Trump and his administration would finally activate the empathy of their fellow citizens.

I knew it would do no such thing.

I regularly hear pundits talk about our need for conversation with those with whom we disagree.  We need to hear them.  We need to find common ground.

But it won’t work.

The bulk of Trump support comes from Christian Evangelicals… and people who have never traveled in those circles cannot imagine how far gone these folks really are.

Because people hear the word Christian before Evangelical, they assume Evangelicals have at least some concern for the poor, the downtrodden, the outcast.

That assumption is wrong.

I spent most of my life as an Evangelical.  Evangelicals have one goal… turn them into us.  Everything is about conversion.

Behind every bit of Evangelical help is a sales pitch.  And the pictures taken while helping play great at fundraisers.

But surely, they must have some empathy.  How can any mother watch children ripped from their parents and not feel something?

Again, we are dealing with Evangelicals.  They are taught that everyone outside their group is an enemy.  Enemies who deserve what is coming to them.

I was on a thread at John Piper’s Facebook page.  He is a prominent conservative evangelical preacher and author.  There was a debate going on about John Piper’s comment that if his kids turned from God, God would be justified in sending them to Hell.

One woman in the conversation said (I paraphrase from memory),

“My son became an atheist.  He has this life to turn back to Jesus.  I don’t resent God if He sends my son to Hell, I blame my son for leaving God!”

When pressed further on this point, she said,

“On the day God condemns my son to Hell, I will stand up and declare God righteous in His judgment!”

Don’t be surprised if you can’t get a woman like this to shed a tear for a child at the border.

Evangelicals have been trained since their youth to look for someone to save them.  They do not blink at the thought that everyone outside their group will be tortured for eternity.  Others are the enemy.  Others deserve this.

So, no, what has been going on at the border has not affected them.  Listen to Evangelicals talk.  They will say that those crossing the border deserve this.

And if you think taking children at the border is as bad as it is going to get, buckle up.

There is no reasoning with an Evangelical Trump supporter.  There is no argument that will work.  There is no empathy string to pull.  They have been waiting for this moment their whole lives, nothing will dissuade them.

Our only hope is to get out there in record numbers and stir up the vote. 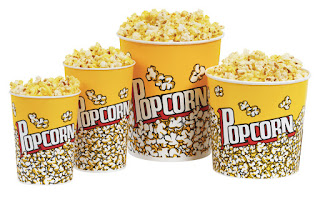 Summer is here!  So, I saw a fair number of movies this month.  Here are my grades-

This story involves a priest who is wrestling with the environmental issues of our day; as well as various levels of faith crisis.  It is slow.  It is plodding.  It meanders.

I can usually deal with all of that if there is some good dialog sprinkled in (there wasn’t) or if there is a satisfying conclusion (there REALLY wasn’t).

I don’t consider too many movies a waste of my time, but this one was.  Too bad, because it posed some good questions.

I was pleasantly surprised by this movie.  I hadn’t heard much about it and it just quietly dropped into our local theater.  I assumed it was going to be some late night, SyFy channel quality future flick.  Instead, it was a well-done combo of The Crow and Robocop with the tone of a Black Mirror episode.

I haven’t had a movie creep me out this much since The Babadook.   So many horror flicks go for the cheap pop-outs to make you jump.  Hereditary takes time through story and character development to unnerve and unsettle you before it goes to the real work of scaring you.

A very fun comedy (based on true events) about a group of middle age friends who are continuing a game of tag started in childhood.  A lot of funny moments and worthwhile laughs.  It did seem to struggle with how seriously it wanted to take itself and I found that occasional indecision distracting.  Overall though, they landed the story well.

I was probably affected by all of the bad press I saw about this movie before seeing it.  I had low expectations walking in but I ended up rather liking it.

I can understand some of the complaints.  There were a number of absurd and/or contradictory plot points.  The story sometimes lacked flow.

However, I really like a lot of the actors in this movie and I found I enjoyed their characters as they worked through the story.

When I zoom out, I see the problems.  When I zoom in, I enjoy the performances.

A worthy successor to the first movie.  It was enjoyable from beginning to end.

It only needed one more element to really push it to the top tier – an engaging villain.  The villain in this movie was not bad… but was bland.

Thoroughly enjoyable documentary about Fred Roger’s PBS show.  The man was the Gandhi of children’s television.  I was inspired, I cried, and was shocked to find out that he had critics.

In an earlier review, I described Death Wish as cinematic fast food – sometimes you want something quick and satisfying.  Fallen Kingdom is like fast food… that you have had for the past five days in a row.  There was nothing new or original in this movie.  Jurassic Park has hit its Pirates of the Caribbean stride.  They will churn these out as long as people keep buying tickets but don’t expect any story effort from here on in.

Also, be aware that this one is more gruesome than previous Jurassic offerings.

Well… I wasn’t bored.  It just rarely made me laugh.  If you saw the preview, that is the movie.  It was the Blues Brothers for old basketball players.  They spent most of the movie getting the team back together, but with none of the memorable one-liners.