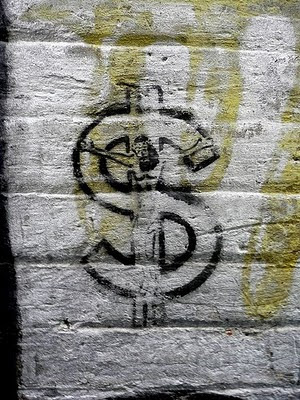 Social Justice has been a big topic in the Blogosphere and the social networking sites thanks to Glenn Beck. I have been involved in numerous online conversations on this topic, defending the notion that Jesus advocated Social Justice. What surprised me is that I have been defending this notion to Christians. This to me is an indicator that Christianity in America has been reduced to a mere buttress that supports a particular political/economic system. Economics has supplanted theology. It is more damaging to call someone a socialist in some churches than it is to call them a heretic.

To me, people who work toward social justice acknowledge that there are inherent advantages and disadvantages interwoven throughout society. It is not too surprising that the advantaged statistically tend to fair significantly better than the disadvantaged. Also not surprising is the fact that the advantaged would like to leave things just as they are- thank you very much. The goal of social justice is to correct structures that perpetuate the inequalities and to protect the powerless.

To counter the complexities involved in these advantages and disadvantages, oppositional arguments will often try to sift the situation down to: The Government wants to take money from the hard working man and give it to a lazy bum. Who could be FOR that?!

However, there are more facets to life than that. It is a strong human tendency to leverage existing power to take more, more, and more. People with less resources are channeled into positions of having to accept situations that work against their interests. Throughout history, landowners have kept those around them in poverty so as to maintain a cheap and controlled labor force. This history repeats itself in various forms.

I picked up a book in Michigan's Greenfield Village. It is called "The Good Ol' Days - They Were Terrible!" In it, the author describes what working conditions were like prior to contractual agreements and basic laws that protected workers rights and safety. A very sobering read.

I am reminded of David in the Old Testament. He was King over Israel and had everything. Still, he desired the wife of one of his soldiers named Uriah, though the king had many wives already. David knew the only way he could get her was to be rid of him. Killing Uriah would be wrong, so David worked out a scenario guaranteeing Uriah would die in battle. David used his power to leverage the situation, whereby he could get what he wanted, but remain technically innocent.

As Christians have begun to bend the knee more and more to economic systems, we see their ethic changing from justice ... to remaining technically innocent. As they spend myriads of hours listening to the likes of Beck, their contempt and resentment of the poor grows. Their economic conscience becomes numb and the question of how life SHOULD be conducted is replaced with the priority of achieving more wealth. The voice explaining the moral cost fades to a whisper as the Christian population wraps themselves in technical innocence.

In the years to come, will the powerless, the hungry, and the lame find they have to protect themselves from those who should have been their greatest defenders?


He who oppresses the poor taunts his Maker, But he who is gracious to the needy honors Him. Proverbs 14:31

This is not an exclusively American phenomenon. Accross Europe the church and State were aligned in a far more formal way from the time of Constantine to just around the time of the first European settlers in North America - indeed the founding of the American colonies was partly driven by this alignment, as persuing a non-conforming religion was seen as a kind of treason. In Britain the bishops sat in the House of Lords until only a couple of decades ago, meaning that the appointment of bishops was highly politicised and men would be appointed for their political loyalties not for their spiritual vocation.

Andrew, I read your post last night and have thought about it all day and the only thing I have to say is that I think it is brilliant! I am in complete concert with you on this issue....even if it is at an atheist’s octave.

It seems to me that this particular brand of Christianity is coming closer and closer to the idea of "every man for himself." And if one man has more power or money than another, well, that's just how life is.

But if Christianity is supposed to be the opposite of "the world," and the world is saying that it's every man for himself ... then what separates Christianity from anything else?

The "every man for himself" approach is fairly natural for many Protestants who feel as if they own their personal salvation plan vs. ceding that power to a church or priest.

Did you ever listen to Richard Beck's sermon a month or two ago? It was on the topic of fighting systems (economic, political, corporate) that tend to objectify or subdue the individual. Great stuff.

Richard Beck has audio? I'll grab that for my drive to the Emergent Conference in April.