A Constitution Without Error 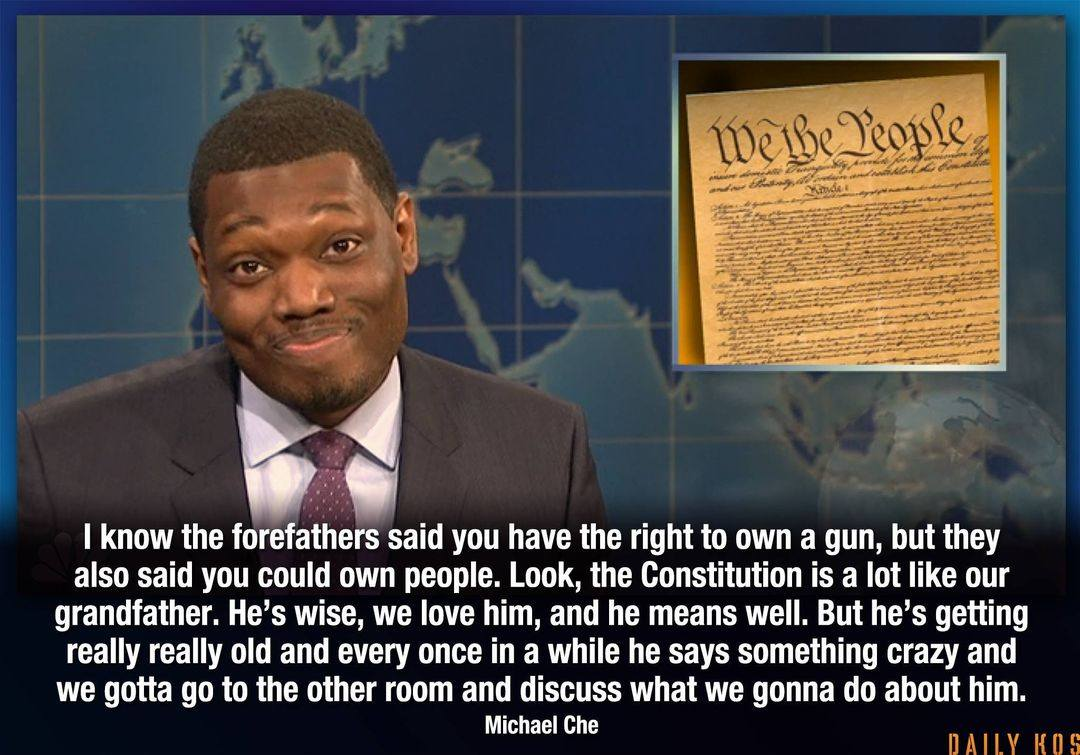 A couple years back, a friend of mine was pleased to hear that they read the Constitution on the floor of Congress. This friend waves and wears the flag a lot while trumpeting our need to be Constitutional.

I agreed that it was a good move... except that they literally skipped over the bad stuff like it wasn't there.

"Bad stuff?! What bad stuff?!!!" She was offended. I might have well as said The Bible had bad parts.

I told her that they skipped the part in article one section two where the three-fifths clause is discussed. This condoned slavery and stated that some humans are inherently inferior (as opposed to all being created equal).

The conversation stopped there and I was defriended not long after. 🙂

Her way of viewing politics is similar to how many Evangelicals process their faith - strong loyalty to ideas on which they have sketchy knowledge.

There is nothing wrong with having sketchy knowledge. We all have areas where we lack depth of information. However, there is something in certain believers and "patriots" that cause them to form rather large and loud belief structures on foundations of sand.

Many Evangelicals will get angry/offended if anyone insinuates the Bible is not perfect - yet, they have never actually entirely read it (often only a mere fraction). They have never learned HOW the Bible came about. They just KNOW it is perfect.

In the end, these steadfast declarations are not made to demonstrate knowledge but to display loyalty. All the Bible and flag-waving is like cheering for one's team in a stadium. And similar to that crowd behavior, every call made for our team is good. Anything called against "us" is booed.