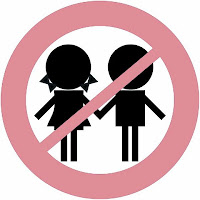 When I went to see Spider-man last week, my son and I found that the bad guys were not on the screen, they were sitting 3 rows in front of us. A young couple had a child of about 3 who yelled, cried, and squirmed throughout a good portion of the movie.

None of the child's entreaties worked. The parents tuned out the child and blissfully watched their movie.

When Jake and I were at the Avengers, there was a couple a few rows up who had about 5 children under the age of 7. Up and down the aisles they ran, while the youngest cried and fussed. The parents took nary a notice.

The thing I have observed about parents of rambunctious children is that they have the ability to tune their own children out. It's kind of like a mutant superpower. In fact, I would bet money that if you asked the parents about their children's behavior in the theater, they would reply that their children behave fine when attending the movies.

Well what about when your kids were young Andrew? Didn't you take them to the movies?

No, I didn't. Unless it was a movie designed for children (Winnie the Pooh), my kids never entered a theater. Mary Lee and I had a basic formula - babysitter, see it separately, or we wait for the DVD. It was simple courtesy. Why should someone else have their movie spoiled by having to endure my toddlers? (Not to mention my little ones being exposed to scary images, but that is another article).

Parents, you have to understand, whatever disturbance your children were to you during the movie, it was 10X worse for everyone around you. Remember, you have a mutant power. You have the super ability to tune out your own child's whining, fussing, crying, and squirming at levels that those around you can only dream about.

This article is aimed at parents, not at kids. I have a friend with many pets who often says, "There are no bad dogs, just bad owners."

Andy, I still remember watching "Hannibal" 10 years ago or so and at a particularly gruesome part which even turned my stomach I suddenly heard a little child start to cry. I remember wanting to find the parent and slap them into tomorrow. Then I didn't understand why the theater would allow a young child in.

Insightful post. Thanks! I'm going to pass it along to our Why No Kids? readers. I witness a chorus of complaints about kids in airplanes and restaurants, but this is the first mention of movie theaters. Makes sense!

Steve- Yeah, I remember when I caught the 10pm showing of Watchmen, there was a whole family there with about 5 kids 2-10. That movie was R for every reason a movie can be R. Slapping is too good for such parents. :)

Davis - Thanks, appreciate the linking!

"Excuse me, your child's behavior is compromising the experience for my husband and me." I say stuff like that now. Sometimes I wish I could make myself stop. I've discovered that it's most effective when it's delivered in a neutral, suppressed annoyance tone.