Which Christian Are You? 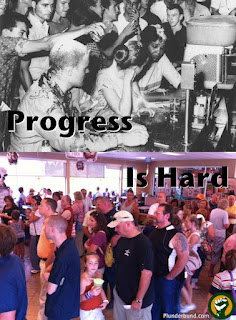 When people speak of Christianity, they often do so as if it were one large monolithic entity. In reality though, there are as many kinds of Christianity as there are people... though Christians of like thought tend to travel in groups.

For example, yesterday was an important day for one group of Christians. This was the day they got to thumb their nose at all the gays and liberals out there. This was a chance for their voice to be heard.  I watched as snide and unkind words were trumpeted on my Facebook newsfeed by people buying their chicken sandwiches and posting pictures to show the world how many of them there were.

He encouraged his fellow believers to take a pass on yesterday's events:

"Jesus invites us to be a different kind of people. People who are not positioned as one group against another, but people who are positioned to love and "salute" those we're expected to reject. The world expects the church to turn out and rally together against the gays on August 1st. I believe that Jesus' sermon on the mount includes an invitation to surprise the world by speaking out to the gay community, "we support YOU! YOU matter to us! YOU are loved!'"

Voices like his would have been a downer amidst the celebratory atmosphere at Chick-fil-a yesterday. The ways of Jesus aren't nearly as much fun as sticking it to the opposition.

I was actually getting a little depressed as I started to see young children being encouraged in this behavior. Parents had their innocents repeat spiteful words into the camera; to be posted for the world to see.

Then I saw a ray of hope. Randy Roberts Potts, grandson of Oral Roberts, was being interviewed by a local station. As a gay man, father, and husband, his opinion was sought about the day's events. Amidst his commentary, he offered a measure of grace to his persecutors. If anyone had a right to be angry, Randy did; but he chose a different path. He chose to believe that Mr. Cathy only attacked him because to Cathy, this issue exists in the abstract.

The gay man turns the other cheek when struck by the Christian.

Are you a Christian?  Which one were you yesterday?

Thank you so much for posting this.