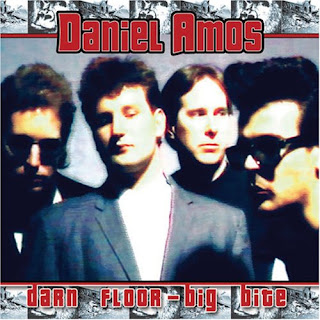 As I sit here cleaning the house with Daniel Amos blaring loud enough to loosen the foundations, I realize how much bands like DA effected my theology. These guys were planting Emergent questions in my soul 20 years ago when I just thought the tunes were cool.

Half Light, Epoch, and Phase

These are the images I arrange
To fill in my report on you
Holiness, mystery, disturbing and strange
Obscuring the point of my view

Chorus:
Half light, coming through the dark glass darkly
Half light, where faith and doubt remain
Half light, tattoo scars where shadows mark me
Half light, I don't expect you to explain

Everyone seems to think they've got it made
That you're on a rack by the door
It's true, I don't know much except I am saved
From falling through cracks in the floor

Tomorrow I'm planning to write the great book
In which I will capture our time
Set forth the fury, the sound and the look
If I could just make up my mind

Earth too huge to grasp
"Will" too wild to tame now
I'll be so bold to ask
Can I wear your name now?

My writing is just immense amazement
Should you really reveal anything
When I just misunderstand it?

Down the twists and turns
Of a long, long story
I am here to learn
About the weight of glory

My questions right now don't need all the answers
Just, please don't ever let go of me
No, don't ever stop loving me

Why we need Unions and Government in the workplace

If you listen to conservative talk radio hosts, you will get a regular dose of union bashing and the bemoanings of government interfering in industry. Well it seems we have a great example here on planet earth of a place where unions and government do not pester big business. It seems Rush Limbaugh is right. With no union and government interference, everyone is prospering.

Um, not exactly. It seems the Right is wrong and, as many have indicated, - Big Business, left to its own devices, exploits workers.

Check out this article on the work conditions in China. 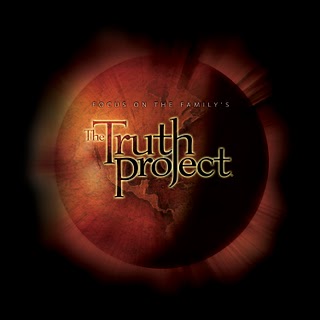 About a month ago, I started an article about Focus on the Family's, "The Truth Project". My objections to the first episode were too numerous to list in one post, so I hope to finish up here.

One of the foundational issues that I disagree with is the presenter's assertion that Jesus came to "bifurcate" the world. This is a pretty common view amongst western Christian fundamentalists- that the world is divided into "Us" and "Them". It tends to be a rather thin slice of "Us" because there are many Christians in this equation who do not measure up either. A wrong answer on the orthodoxy litmus test will quickly put you in the "Them" category.

Before any of us spend too much time "bifurcating" our relationships, I think we should consider Paul's advice in Romans 2:

1You, therefore, have no excuse, you who pass judgment on someone else, for at whatever point you judge the other, you are condemning yourself, because you who pass judgment do the same things. 2Now we know that God's judgment against those who do such things is based on truth. 3So when you, a mere man, pass judgment on them and yet do the same things, do you think you will escape God's judgment? 4Or do you show contempt for the riches of his kindness, tolerance and patience, not realizing that God's kindness leads you toward repentance?

The presenter then continued to emphasize the "us/them" relationship by translating scripture into war metaphors. He believes the world is a battlefield and we must defend ourselves. I believe Jesus called his followers to a forward movement of love, rather than a defensive posture of fear. A war metaphor causes Christianity to resemble Islamic extremism, Mao atheism, or Rwanda warlords - submit or be conquered! How is this the good news of the Gospel? Do we submit to Christ because he is the most powerful? How is that different? Did Paul not declare "God's kindness leads us to repentance"?

My next contention would require you to watch the video to get the full effect, but basically, the presenter postulates a "What if?" concerning Satan. Personally, I love what if questions when it comes to theology. However, in the next step, he performs a quick slight of hand and begins referencing his "what if" as if it were now a given. He then uses it to buttress his argument that the entire cosmos is in a battle over these two worldviews (Satan's and God's). If there are only two worldviews, then everything can be neatly separated into "us/them".

Here is a trustworthy saying that deserves full acceptance: Christ Jesus came into the world to save sinners—of whom I am the worst.

Paul does not make a distinction here. He puts himself into the same camp as his neighbor. There is no superiority. The only one superior in the equation is Christ.

Barbara Nicolsi sums up the problem with seeing people in an "us/them" mindset:

I think that, unfortunately, a lot of orthodox Catholics and Christians are either sitting in the cave hunkered down, or they're like Jonah sitting under a Gourd plant waiting for God to vent his wrath on the world—on the ungodly—and they're going to be disappointed if He doesn't. I don't see these people having sorrow for sin; I see them having indignation towards sin. And to me, that's an important difference. Sorrow for sin is "I am a part of this." Indignation for sin is "you are the ones messing up the world!"
They did a man-on-the-street style segment where they asked people about "Truth". People with the "wrong" answer tended to be women, European, progressive looking. People with the "right" answer tended to be old, white men in suits. At this point, I felt the video devolved into a bad caricature of itself.

I believe Jesus showed a different attitude toward people "outside the faith". The woman at the well in John 4 might have had a different response to Christ if he had called her a child of the devil.

The final question he asked was, "Do you really believe that what you believe is really real?'

*UPDATE* For some reason, this article comes up very high in Google when searching The Truth Project. However, there are some great bloggers of Faith who have also weighed in with their concerns and observations. I have linked their pages based on a keyword search for The Truth Project.
The Hopper
God, Superman, and the Buckeyes
Recovering Sociopath
Below the Din

International Bloggers' Day for Burma on the 4th of October

Rebecca Walsh had a good editorial piece in the Salt Lake Tribune about the Warren Jeffs conviction . In the article she compares polygamy to a weed that you cannot get rid of. She then explains:

"Part of the problem is that The Church of Jesus Christ of Latter-day Saints has given up polygamy on earth, but not in heaven. Church faithful commonly are taught that plural marriage is possible in the hereafter. It's part of the eternal family model for the celestial kingdom. That might help "fundamentalist Mormons" justify their complicated families."

I stated something similar in a blog article last year. It generated some good discussion, and two of my LDS friends were able to weigh in with their perspective.

It is a complicated issue and the nuances run deeper than it initially appears.