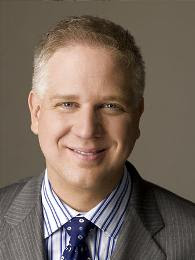 Atheism is a reasonable response to the universe. I mean, if my view of religion was dependent on typical religious people, I would have jumped ship long ago. The behavior of many people in my faith community has to make me laugh sometimes.... my only other response would be to cry.

Focus on the Family pulled from its citizenlink site an interview they had with national talk-show host Glenn Beck regarding his latest book "The Christmas Sweater". It is a fictional story based on Glenn's own experience growing up as an ungrateful teen. You can read the interview at Mormon Times here.

So why did the interview get pulled? Basically, because some Christian groups felt that Beck (who is Mormon) sounded TOO Christian in the article and complained to Focus. Apparently, the Christian public needs to be protected from Mormons who sound too Christian.

Now don't get me wrong. I am no fan of Glenn Beck. In fact, I think Focus and Beck deserve each other.

However, Focus on the Family's move to pull the article is typical of what I see in many (though not all) Christian circles. It is an inability to listen to anything or anyone that is not in 100% agreement. If there is any deviation from one's standard norm, the words of the other become tainted and therefore should probably not even be heard.

I have seen this from various Christians who interact with Mormons here in Salt Lake. We took some visiting friends of ours down to Temple Square. They grew increasingly uncomfortable the longer we stayed, stating that their children were becoming confused by the mixing of traditional Christianity and Mormonism there.

I have never had this problem with my children. I have always explained in detail, in a positive way, different religious views. My daughter would then respond, "How is that different from what we believe?"

I would then state "Well sweetheart, this is what I believe... as you grow you will have to work out what you believe."

As I grew up, I remember being shocked that people of other religions, and atheists, were not the demons I had been told to expect. I was confused by the lack of continuity between what I had been taught and what I was experiencing. I have determined that my children will not have to unlearn things to the level that I did.

I wonder why there are not more "preachers" talking about the topics Bill Talen talks about... Is it because the Christians in the western church are wedded to the same consumerism we should be speaking against? Did God go outside the church walls to a thespian in New York so that He would have a voice that would speak prophetically to our culture? Is the Christian church so busy getting people into the "belief club" that we have lost our ability to be salt and light in our neighborhoods and cities?

Let's make a few less purchases this week and go spend some time connecting with our neighbors....... 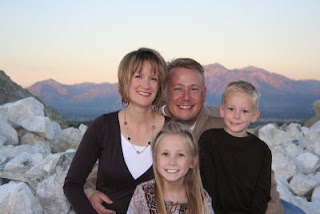 I'm grateful for all of the folks I have become connected with through this vehicle of blogging. I appreciate the time we get to spend dialoging about life. I hope you are having a wonderful day with those you love. From my family to yours: Merry Christmas!

I love my new T-Shirt

A Buddhist monk, a priest, a rabbi, and an imam happily walking together. I know it sounds like the lead in to a joke, but it is the picture on a shirt I just got in the mail. Threadless.com sold out of these years ago, but I had my email listed with them in case they ever printed it again.

Hopefully, one day, this will be an image that would not be an unusual sight. 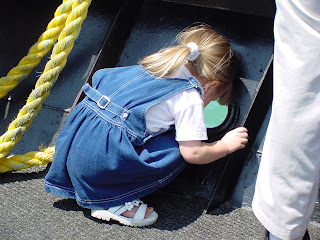 I have been doing a little bit of picture sorting this evening. Whenever I do this, I marvel at the blessing of digital pictures. I purchased my first "real" digital camera in 2001. Since then, the picture folder on my computer has grown from a handful of shots, to roughly 13,000.

Digital cameras have let all of us take great shots. Yes, we may delete 12 of the same thing; but that doesn't matter if one turned out really good.

These digital pictures let me peruse memory lane more than any print ever did. My wife and I both have stacks of photo albums stacked away in closets that rarely get looked at. However, there are multiple screens in our house that are constantly rotating through the memories of these past 8 years. It often happens that a conversation is interrupted by a picture that passes by on a monitor. Before we know it minutes have gone by without a word said, as we once again lose ourselves in the pictures.

Now I just need to find an easy, inexpensive way to transfer all of my prints to digital.

(The above picture of my daughter Kathryn was one of my first shots back in 2001.)

In this interview, the Reverend encourages us to Buy Less and Give More this Christmas. 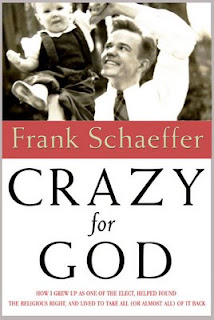 There was an excellent interview on NPR today with Frank Schaeffer. Schaeffer is the author of Crazy for God: How I Grew Up as One of the Elect, Helped Found the Religious Right, and Lived to Take All (or Almost All) of It Back.

Schaeffer was a main player in the build up of the Religious Right, so he has first hand insight as to what drives it. In the interview he states:

The right wing and the evangelical preachers and people like Dr. Dobson and others realized that this cultural political stuff was ten times bigger when it came to both fund raising and giving them access to power, than simply talking about Jesus or helping the poor or whatever it might be. Our issues were much sexier, but you can’t ONLY talk about abortion. Pretty soon you have to have some new scandal of the week to go after, and of course the gay movement as it was emerging in tandem during that same period in the 60s, 70s and into the 80s presented a good target. You have a minority population who are living in a life style that will shock the sensibilities of fundamentalist Christians. So after you go after the abortionists, this presents another group. So once the religious right got into the habit of playing “church lady” to essentially the whole culture, both judging and condemning and also offering a solution – which was essentially to put their people in power – you needed to keep cranking that out.

His comments parallel what I have been feeling for a long time - that all of this hype over various issues is as much about fund raising as it is about anything else. Most of the mailers I get from Right leaning ministries usually contain something that I should be afraid of. I wrote these thoughts down in a previous blog post: Evangelical Exaggeration.

Schaeffer also talks about being raised fundamentalist, which I resonated with. He gave the example that a person raised fundamentalist doesn't know how to have a normal conversation. Everything you say to someone "unsaved" is just a lead in. You want to get around all this unimportant stuff regarding their life - so that you can give them a tract. I laughed and cringed when I heard that... so close to home.

You can listen to the NPR interview here. 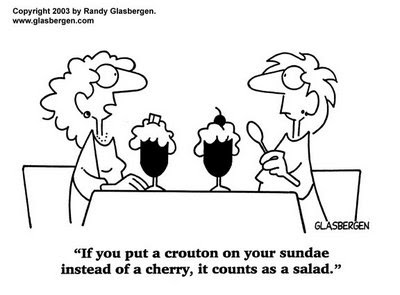 I sat through more meetings today. I work at a Title 1 school where almost every student is given free lunch and English is their second language. Quickly stated, most of the sixth graders I teach are one to four grades behind their peers in suburban schools. I used to teach in suburban schools, and they have their own set of issues, but I will just speak of my present situation.

Each year, my school faces the threat of our AYP scores not being high enough. AYP stands for Adequate Yearly Progress. Progress is defined as getting to the target of all children being proficient by 2014 to make No Child Left Behind a success.

In our meetings, we stress over how we are going to make it to the ever-moving- forward scores that will deem us a good school. However, as I sit through meetings and hear the rhetoric, I can't help but be reminded of the latest diet program or multi-level marketing scheme.

There is always some new program, pill, or book on the market that is going to make it EASY for all of us overweight people to trim down. I am 40 years old now, so I have seen a lot of these come and go. However, we all know that the people who really keep the weight off are those who WORK and KEEP AT IT. It is the simple equation of burning off more than you take in. Eat less or exercise more, but those are really the only solutions. Anything else is just a gimmick.

I have known friends and been approached by friends who are starting a new "business". They always have great stories of someone else who has made a lot of money selling this product from home. They have grand plans of retiring in the next 5 years once the "business" has been built up. Soon enough though, it peters out and they are on to the next great opportunity. The truth is, building any kind of wealth requires hard WORK and a willingness to delay gratification.

Schools are also looking for the latest thing that is going to make all of our scores turn around. However, similar to the diets and multi-level schemes, people want proficient students but it is not in the plan to have the students commit to work in any way. As I sit through meetings I hear about how we are going to adjust our minutes this way and restructure our day that way. We are going to test and monitor and diagnose and collect data. We state a dozen and more things that the teacher is going to do.... but fail to say ONE word about what the student is going to do.

My daughter has a wonderful violin teacher and a wonderful orchestra instructor. I am grateful for all that they do. However, my daughter's proficiency rises or falls with her commitment to practice each day. Without that commitment, any effort by her teachers is just tossing sand into the wind.

Having an educated mind takes work and it takes discipline. It requires commitment. Schools would be better served if they stopped looking for a Holy Grail cure-all that requires nothing of students. Instead, let the schools be honest - if you want to be truly educated, it is going to require students and families to restructure their priorities.