I saw an article on Facebook this morning that contained the following video. In it, these two popular megachurch evangelical pastors go on and on about how wonderful the other is. The writer of the article does a good job commenting on this phenomenon, but I want to add a detail.

Charasmatics have been doing this since I was a kid. I remember watching Fred Price and Kenneth Hagin butter each other up to their respective audiences (I won't call them churches).  Kenneth Copeland made this practice a regular part of his show.

Televangelists learned early on that, rather than competition, fellow televangelist interaction actually increased the financial pie. It is like getting the Avengers all together in one movie... audiences eat it up.

Nice to see Evangelicals are discovering the tricks to the money trade that Charasmatics have been milking for decades. 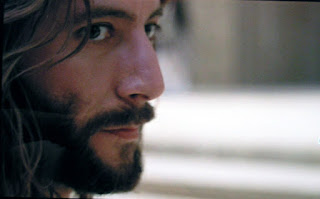 The GOP is sometimes called "The God Party". This is because their members tend to want displays of the Christian religion in public places. They want prayer in public schools, mangers at city halls, Ten Commandments in court rooms, and they get a warm fuzzy every time Tebow goes down on his knees.

Often though, I think "God" is just another hook to rally the team. It is part of the culture. Most of the Right pumping their fist about Jesus really have little idea who they aligning themselves with.

So just to clarify, I think the GOP convention this year should start with a reading of the Sermon on the Mount. Have Henry Ian Cusick reprise his role as Jesus... and let him preach it to the crowd. Get all of the heroes of the Right in the front row so they don't miss a verse. 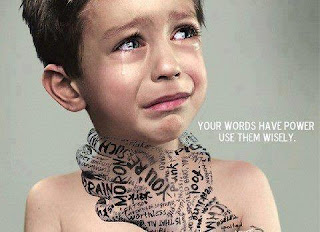 "Sticks and Stones may break my bones, but names will never hurt me!"

My generation grew up hearing this little catch phrase, but I don't hear it said much anymore.  I think people over the years correctly came to the conclusion that it just wasn't true.

As far as I can remember, I have only been in one physical fight in my life.  It was with a kid in junior high and it didn't last long.  He was experienced in fighting and I wasn't, so he laid a number of punches while I was still trying to figure out the rules.

As can often happen, he and I became friends after our fight (and people say girls are hard to figure out).  When I look back at that fight, and recall some of the fights my students have gotten into, I realize that physical altercations (unless it is some kind of sustained abuse) don't tend to leave wounds.  In fact, I have noticed some of my students have to take a moment to recall a fight they had earlier in the year.

However, you can speak to most adults and discover that they carry a wound, or many wounds, over something that was said to them in the past.  Contrary to the phrase above, not only do words hurt... they often leave lasting damage. 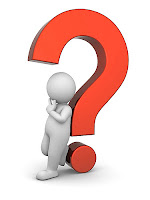 I have, understandably, become fascinated with people's exit stories. Whether they are exiting from my former faith, or some other, I usually find a kindred soul. The details and particulars may vary from faith to faith, but there is a common thread.

It is the opening to that question that releases the flood gates. People of faith often wrestle with questions, and therefore believe they have questioned their faith; but as anyone who has left their faith can tell you, it is not the same thing.

The difference is in the letting go. As much as I may have questioned various aspects of my faith while I was a Christian, I always had one foot on the shore. The life preserver was always firmly fastened as I waded into the sea of doubts.

There was a story in Salon yesterday about a woman who left her Mormon faith. Again, the particulars vary, but she had that common "what if?" moment:
__

Sean was as supportive as an atheist could be. He even went with me for the first hour of church to help with the Squirmy Ones. But when he’d leave early, I’d cry in the bathroom, feeling completely alone. I never said that word aloud: Atheist. My heart clenched just thinking it.

We rarely talked about religion, yet it consumed us. When Sean replaced his temple garments — the sacred underwear he’d promised to wear day and night — with boxers, I couldn’t take it anymore. It was too much betrayal. I called up a neighbor with a husband like mine and cried. But instead of empathy, she offered questions that stunned me into silence. Was Sean addicted to pornography? Watching R-rated movies? What sin had brought him to this terrible place?

My tears stopped. Her questions were so off-base that they seemed absurd. She was sincere, and trying to help, but she believed what the Church teaches — that a man would only leave because he’s disobeying the commandments. She couldn’t understand this was a rational inquiry. She saw everything as the result of sin.


This started my brain twitching. I knew Sean was still a good person, that he still maintained the same moral standards he had when he married me. The Church was wrong about him. What else might they be wrong about?
__

One of the things that started the "what else might they be wrong about?" process for me was my faith's reaction to Mormons (I moved to SLC from Detroit 8 years ago). I didn't believe Mormon theology, but the reactions of my fellow evangelicals to them gave me insight into my own religion. I knew my Mormon friends to be good and honest people who were just as sincere in their belief as I was in mine. They were quite convinced that I was misinformed about God, and I returned the favor.

However, I was a bit more gracious than most of my fellow evangelicals. I sat through many a bible study and meeting where Mormon faith and practices were mocked. Yet, upon closer examination, many of the critiques and jabs I heard could just as easily be applied to us. Why do we get a pass on similar attitudes and practices? What if I applied these critical measures to my own faith?

A Regulation Everyone Can Agree On 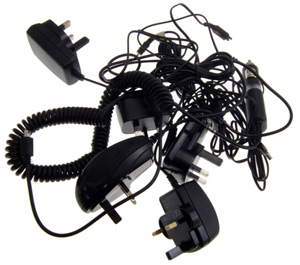 I got a new camera in the mail yesterday. We had to replace a stolen one. My wife is a new teacher and she learned the lesson of every new teacher - as homey as that classroom starts to feel, it isn't yours. Leave stuff out, and it will walk.

(I also wish camera thieves would at least do us the courtesy of leaving behind the memory card, those pictures were important)

As much as I like the specs and price of my new camera, I am tempted to return it. Included in the packaging was a funky little proprietary recharging cable.

Ughhhhh! Not another one....

I love gadgets, and I have a lot of them. I also pride myself on how well I haggle out a good deal. However, I think I have come to the conclusion that no good deal is worth it on a piece of tech that uses a proprietary charging cable.

My phone uses mini-usb. My mp3 player and my GPS also use mini-usb. I love that I have only one charging cable in my car.

I think the United States should just have a standard on charging cables the way we do on electrical outlets. At the very least, have the packaging list the connector type. If it isn't mini-usb, from now on, I am steering clear.