Review: Hellbound? - A Documentary About Hell 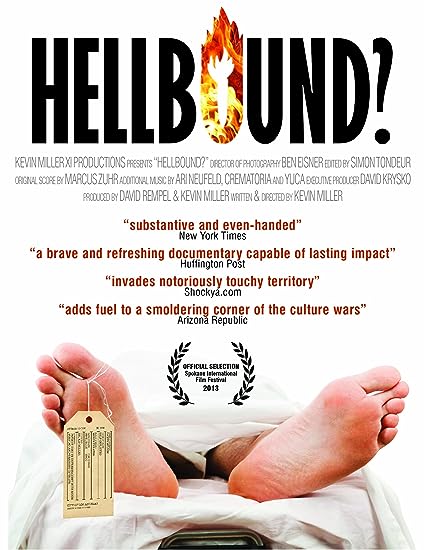 I finally got around to watching Hellbound. Hellbound is a documentary, that looks at how the doctrine of Hell is viewed in Christianity.  In it, various clergy and theologians are interviewed for their take on God and Hell. As an ex-evangelical, I enjoyed it.

There is a good sampling of people and I think all of the views were honestly represented without much spin.  There were folks who were pro-Hell and others who leaned to a more universalistic end. Though it is obvious the director wants to point you to a universalistic end, he is fair to the other opinions.

Much of the theology is represented by various folks within evangelical circles. Greg Boyd and Mark Driscoll are interviewed, rather than Catholic priests and Lutherans.

As an atheist, what was clear to me was that each person's "god" was a reflection of their own personalities. It was no wonder that to the folks of Westboro Baptist, "God" pretty much hated everybody. On the other end, the universalists who wanted to love everyone, had a god who would save everyone.

Look in the mirror, and God looks just like you.