Good For The Soul To Just Be Wrong 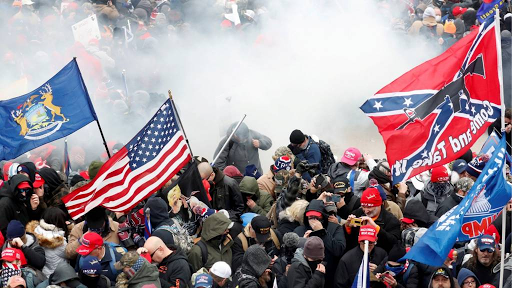 There is a lot of whataboutism and deflection going on at the moment as many on the Right wring their hands and try to redirect the negative attention they are getting due to what happened at the Capitol.

Last summer during the protests there was some objectively bad behavior.  When protestors went into restaurants and intimidated people into pledging support for the cause... that was wrong.  It was horrid.  And I said so.

Presently, there are a lot of folks on the Right who are having trouble with making such a statement.  Even if they recognize that what happened at the capitol was wrong, their ego can't help but cushion that recognition with a blanket of whataboutism.  "Yeah, the protestors in Washington shouldn't have done that... BUT Y'Know, THE DEMOCRATS DID THIS...."

Let me give some honest advice here to some folks.  Just be wrong.  Let the behavior be wrong.  No qualifications.  No side issues.  It is good for your soul to not muddy the waters, to not make excuses, and not deflect.

You know this particularly if you are a parent or work with kids.  When they admit wrong with qualifiers... they aren't really admitting anything. They are still protecting the bad behavior.  But when the light goes on and they see their error, you know good change is on its way.