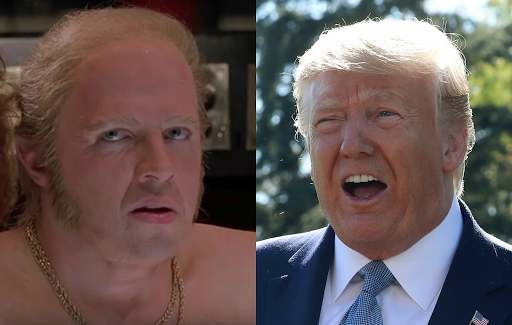 There was a story in the news today about someone sending Ricin to the White House.  It occurred to me that I would never think well of that action or the person who did it - and I hate Trump (something I have never felt toward any President).

It made me remember how Trump gloried in that journalist getting shot in the knee the other day.  It was a "beautiful thing" Trump chortled to the crowd at his rally and got a laugh.

Trump behaves this way because he is, at his foundation, a bully.  He really is Biff Tannan, looking for someone to pick on so he can get a laugh from his toadies.

If you support him, do some soul searching.  There is a part of you that is ok with that, maybe even longs for it.

I never realized in the 80s when the Back to The Future movies came out that a third of America was rooting for Biff.